Sony has announced a new El Muerto movie based on the character from Spider-Man with Latin Grammy winner and Puerto Rican rapper Bad Bunny as the lead.

El Muerto aka Juan Carlos Estrada Sanchez is a minor character in the Spider-Man comics. He is a super-powered wrestler whose super strength and endurance, and mask, are passed down from generation to generation.

He first fought Spider-Man in a charity wrestling match, a ploy by J. Jonah Jameson to unmask the web-slinger, but lost when Spider-Man stung him with a paralyzing poison. When his oppressor el Dorado came to confront El Muerto, Spider-Man managed to save him, and they teamed up to confront el Dorado.

It is reported that the El Muerto movie came about because Sony execs wanted Bad Bunny in a movie so badly that Bad Bunny went through the Spider-Man comics to look for a suitable role for himself. Hence minor character El Muerto is soon to have a movie to his name.

El Muerto would be the first movie with a Latin superhero in the lead. Other superhero movies with a supporting Latinx cast include Salma Hayek’s Ajak in Eternals and Xochitl Gomez’s America Chavez in Doctor Strange in the Multiverse of Madness.

Since this is produced by Sony, the El Muerto movie will be part of the Sony Spider-Man Universe, which includes Venom, Morbius, and the upcoming Kraven the Hunter.

Read Also
Spider-Man: Across the Spider-Verse delayed to 2023 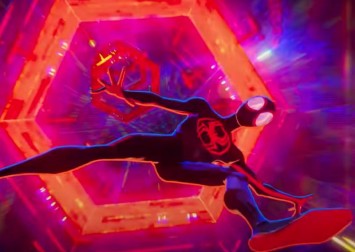 Bad Bunny is the stage name for Benito Antonio Martínez Ocasio, who is currently one of the biggest musical acts around. He is set for his major studio debut in the action movie Bullet Train on 29 July.

“[Bullet Train director] David [Leitch] is awesome. I loved working with him on my first film and now with this opportunity to bring El Muerto to life. It’s amazing, it’s incredible,” Bad Bunny said. “I love wrestling. I grew up watching wrestling and I’m a wrestler. I’m a former champion so this is why I love this character. I think it’s the perfect role to me and it will be epic.”

We are sure Bad Bunny is pretty epic, but whether Sony can turn a minor character into a movie that spawns a following like Spider-Man or Venom, or whimpers out like Morbius, remains to be seen.