'Sorry that I let you down': Shane Pow apologises after officially leaving Mediacorp

SINGAPORE -Local actor Shane Pow has finally spoken out after his termination from broadcaster Mediacorp due to a drink driving incident.

He apologised to his family, friends and fans and asked for the public's forgiveness on his Instagram account on Wednesday (May 5). This is the first time Pow has uploaded a post since he was charged for drink driving on April 22.

The 29-year-old wrote: "Many things have happened in the past few weeks and it has been really rough for me but first of all, I would like to apologise to my family, friends and everyone who has shown me love and support. I made a mistake and I regret it deeply with all my heart. I am sorry that I let you down."

He expressed thanks for the opportunities Mediacorp and his managers have given him over the years and said: "I sincerely apologise for the trouble I've caused, and I should have known better and be a better role model."

Mediacorp, which previously managed Pow through its artiste management arm The Celebrity Agency, announced its decision to part ways with him on April 26, adding that it was not made aware of his drink driving charge until it was reported in the news.

He was also caught attending a birthday party for actor Jeffrey Xu in October last year, which breached Covid-19 restrictions. Taking into account his various offences, Mediacorp said it would terminate Pow's contract.

Pow, who has a separate drink driving conviction from 2014, has not yet been sentenced for his repeat offence. In his post, he promised to never drink and drive again. 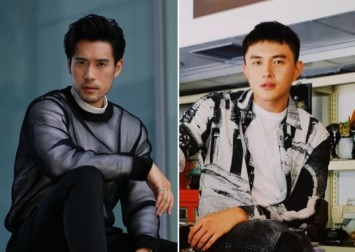 "I have to be responsible for my actions and face the consequences that I deserve and accept whatever punishment that comes my way. But I will make certain that this is the last of it. It is a hard lesson, but I will better myself and come out stronger than before," he wrote.

Pow completed his remaining work with Mediacorp on Tuesday (May 4). He was set to be the second male lead in the upcoming long-form drama The Heartland Hero, but due to his termination, actor James Seah will take over the role mid-series.

Pow will star in 30 of the series' episodes while Seah will be in the remaining 100.