If you are a fan of friendly faces everywhere, then this latest development for the fan-favourite pottymouth series South Park will guarantee you will have a good time. In a new blockbuster deal, South Park creators Trey Parker and Matt Stone have signed on with ViacomCBS to create six more seasons and 14 movies.

The new contract, worth a whopping $900 million, will run through 2027. The six additional seasons of South Park will continue to call Comedy Central home, while the new movies will be exclusive to Paramount Plus. One is already slated to release later in 2021.

Currently, streaming rights are with WarnerMedia in a multiyear deal on HBO Max, but it is more than likely that ViacomCBS will look to regain the rights at some point during this deal. 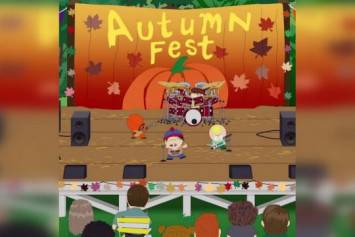 While the main seasons of South Park will continue to shine the spotlight on the main cast, the movies will be taking a different approach. The world and other characters will get their stories and help flesh out the animated universe even more.

Of course, that is not all the South Park content that the two creators are working on. There is also a new video game in the works courtesy of Park Country, another company led by the pair. With previous roleplaying games doing really well, it remains to be seen just what else lies for the fictional town in the video game world.

More details for the 24th season of the show are set to be revealed in the future.