LONDON - Ready Player One star Tye Sheridan sets off into outer space to save humankind in Voyagers, a science-fiction thriller that opens in US cinemas on Friday (April 9), and which he believes may strike a particular chord with a pandemic-weary public.

The movie is set in 2063. Earth has become hot, dry and disease-stricken but scientists have discovered a new planet that can support human life.

Salvation is an 86-year journey away, and 30 babies are bred for the trip, during which they are expected to reproduce in order for their grandchildren to populate their destination.

Overseen by an ageing guardian played by Colin Farrell, the voyage takes an unexpected turn when, as they grow older, the youngsters discover they are being drugged into an obedient existence and begin to rebel.

Sheridan - Wade Watts in the Steven Spielberg-directed Ready Player One (2018) - said that what might have felt like unfamiliar terrain to the actors when making the movie now probably hits closer to home. 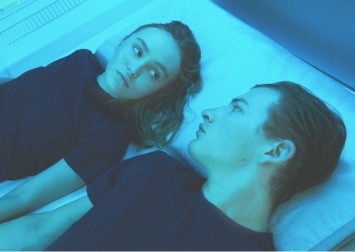 “These characters are all in isolation with each other, in a very confined environment. And I think ... based on everyone’s experience during Covid, it’s probably been very similar,” the 24-year-old, who plays crew member Christopher, said.

“You start to ask questions about yourself and start to realise things that you typically wouldn’t outside of that containment, and so I think that this film is really timely,” he told Reuters from Boston, where he is currently filming George Clooney drama The Tender Bar.

“I was really excited by the idea of what is human nature when we strip away any sort of environmental and societal influence,” she said.

Voyagers is written and directed by Limitless and Divergent filmmaker Neil Burger, who said he set out to tell a story about human nature in a vacuum. “Who are we at our core ... Are we moral or aren’t we?”