Geri Horner has denied claims she slept with her Spice Girls band mate Mel B.

The 'Wannabe' hitmaker has broken her silence a week after Mel claimed she had "one time" fling with Geri 20 years ago, which she insisted will never "happen again".

A statement released through Geri's representative said: "It has been very disappointing to read about all these rumours again, especially on Mother's Day of all days. Geri is really grateful for your support and loyalty for so many years.

"She loves the Spice Girls: Emma, Melanie, Melanie and Victoria She would like you to know that what has been reported recently is simply not true and has been very hurtful to her family.

"Moving forward, Geri can't wait to see the girls and all the fans on the tour, have an amazing time with everyone, and make some new memories. She wishes you a Happy Mother's Day." 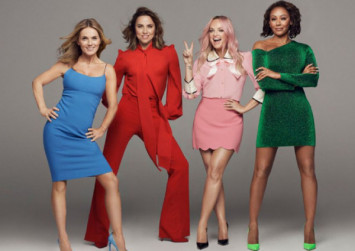 Mel recently claimed she and Geri slept together when the band were finding fame in the 1990s.

"Hopefully when Geri gets asked she wont deny it, because it was just a thing. It was not anything major. It was just a fun thing.