'Star Wars' films are set for a "hiatus".

Disney boss Robert Iger has confirmed that the money-spinning franchise's production schedule will slow down dramatically after the release of the J.J. Abrams-directed 'Star Wars: The Rise of Skywalker'.

He told Bloomberg: "We will take a pause, some time, and reset, because the Skywalker saga comes to an end with this ninth movie. There will be other 'Stars Wars' movies, but there will be a bit of a hiatus."

It's been suggested that Disney's decision has been influenced by the underwhelming box-office performance of 2018's 'Solo: A Star Wars Story'.

What's more, plans for further spin-off movies have been thrown into doubt as Disney considers how it plans to progress with the iconic franchise. 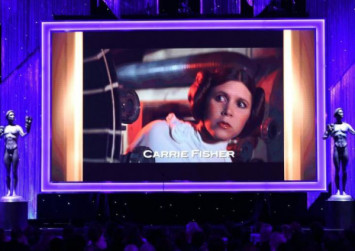 Iger made the statement shortly after producer Kathleen Kennedy insisted that although 'Star Wars: The Rise of Skywalker' is "the culmination of the Skywalker Saga", it is not the end of 'Star Wars'.

"I'm sitting down now with Dan Weiss and David Benioff ... and Rian Johnson. We're all sitting down to talk about, where do we go next? We've all had conversations about what the possibilities might be, but now we're locking it down.