The final film in the main series of Star Wars movies held its European premiere on Wednesday (Dec 18) in London's Leicester Square, but it was interrupted when members of climate change activist group Extinction Rebellion walked out onto the blue carpet, and laid down on the floor.

The activists - who were dressed as characters from the franchise, including C-3PO, Han Solo, and members of the Rebel Alliance - held up signs that called on film industry bosses to "tell the truth on climate change".

An eye witness from BANG Showbiz heard one protester dressed as a Rebellion X-wing fighter pilot shout: "Hollywood tell the truth on climate change. Help us create a new world. Hollywood you have a unique opportunity to change the world. Help us act now."

And in a reference to Princess Leia's message to Obi-Wan Kenobi in the first film, Star Wars: Episode IV - A New Hope, he said: "Help us Hollywood you're our only hope."

The group was reportedly made up of eight members of the Extinction Rebellion and a group of filmmakers, who are known as Film Strike For Climate.

And the film group's founder, Alfie Warren-Knight, has issued a statement explaining the motives behind the protest.

He said: "At the world government summit in Dubai, Harrison Ford said 'We are faced with, I believe, the greatest moral crisis of our time'.

Read Also
Star Wars: The Rise of Skywalker premiere takes Hollywood by storm after hype on an intergalactic scale 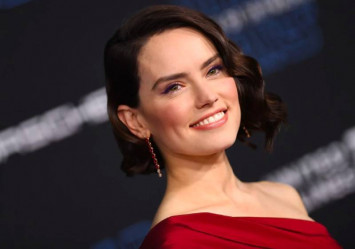 "The film industry must use its influence and story-telling powers to help people around the world understand the urgency of the situation and to spark wide-spread public discussion about the climate and ecological emergency before it's too late. It has shown in the past how it can mobilise around other important issues in society such as the #MeToo movement.

"The industry must show a brighter future is still possible, and inspire people to rise up against the 'Evil Empire' of ecocidal business-as-usual. We need radical culture and system change to prevent climate and ecological breakdown, and must join forces to improve our chances of a liveable future."