Has one of the Dukes of Caldecott Hill found his "Duchess" through Instagram?

A private exchange via direct messages (DMs) on Instagram between local celebrities Ian Fang and Carrie Wong has been circulating online and the messages are steamy.

The messages in the screengrabs contain inappropriate language and plenty of sexual innuendos.

It's been reported that the conversation happened in February and AsiaOne understands that the two stars have acknowledged that it is genuine.

In the string of messages, Ian can be seen telling Carrie that sleeping with her is "so comfortable".

He also asked about a meeting she had and what time she would be arriving at the office. He went on to comment that if "there's fate (between them), let's kiss".

The latter responded that if he "caused her pain again", she would "really bite (him) back". AsiaOne also understands that they're not dating.

In fact, Ian has been rumoured to be dating actress Rebecca Lim while Carrie went public with her bae, Boris Lin, on Instagram on Valentine's Day before taking down the post. 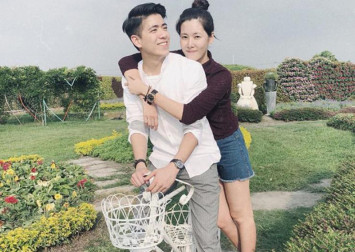 In response to the situation, Ivy Low, head of The Celebrity Agency, said: "The conversation, as we understand it, was a private exchange conducted in jest. However, it was distasteful and inappropriate.

"The parties involved are deeply embarrassed and have no doubt, taken away many lessons from this unfortunate incident.

"We expect our artistes, being public figures, to conduct themselves professionally and appropriately at all times."

Both Ian and Carrie have released statements admitting that they're close friends and that the conversation was made in jest and never meant to be taken seriously.

Ian also issued a sincere apology for his "inappropriate behaviour".

He said: "Carrie and I are good friends who talk about everything. I admit that the language used was crass and inappropriate, and I am sorry for that. 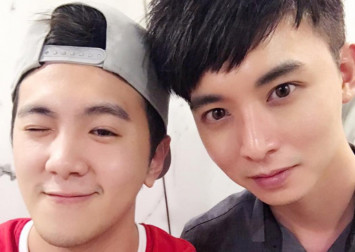 "I would also like to apologise to those who have seen the messages. As a public figure, I will be more mindful of my actions from now on."

As for Carrie, she also admitted that due to their close friendship, they don't usually put much thought into the texts used in their personal conversations.

She added: "I deeply regret the unnecessary inconvenience and hurt caused by the coarse language in our private texts.

"I have been constantly reflecting on the incident and will take responsibility for my inappropriate language.

"I am grateful to my boyfriend for his trust and I would like to apologise to everyone."

#Local celebrities #Social media #scandal #In Case You Missed It