"And I also just got tired of working day to day in a way that wasn't satisfying my soul. I feel like doing this kind of work, I'm able to 'satisfy' other people, but that feels good because it's not in a way that makes me feel violated."

Mikaela broke the news to her parents via FaceTime over the weekend, and says that while they were "intrigued" by her career choices, they weren't "upset".

Of her parents, she said: "My safety has always been a number one priority for them. I'm doing this, not out of an urge to hurt anybody or be spiteful about it, I'm doing this because I want to honour my body in a way that's lucrative.

"I actually think that once they see how far I've come from the bottom (where) I was at a year and a half ago, they're going to look at this and go, 'Wow, we actually raised a really self-assured, young lady.'"

Mikaela also has the support of her fiance Chuck Pankow, although she admits it took him a while to warm up to the idea because of the laws in their hometown in Tennessee.

She added: "It took him a long time to come around to it because obviously in the South there's so much shame around that still.

"Chuck's been super supportive, but it took him a while to get to that spot because he wasn't sure how his social group would react to it.

"And thus far, it hasn't been the best, but that was expected because of the environment we live in right now." 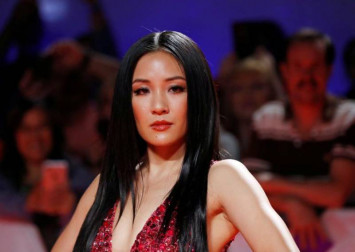 That support goes both ways, as Mikaela says she isn't interested in making pornographic videos with another person, because it would be disrespectful to Chuck.

She said: "I think I would be great at fetish work.

"Honestly I have hated my chest for so long but I've finally learned to embrace it. That was one of the things when I uploaded these first couple of videos, I realised, 'This is the moneymaker' - my large chest.

"And it was actually really nice and refreshing to have people saying cool things - because people can often say really upsetting things about a black woman's body sometimes.

"And the reason I don't want to do anything outside of solo stuff is because I feel like it would be a violation of my boundaries and my relationship with my significant other."