The 42-year-old actor is set to portray physician Dr. Yueh, who serves the Atreides family, in Denis Villeneuve's take on the sci-fi literary classic.

Chen and the legendary filmmaker were both on the jury at the Cannes Film Festival last summer.

The Taiwanese actor joins the ever-growing cast for 'Dune, which is being adapted from Frank Herbert's novel of the same name.

'Dune' tells the complex story of a fallen noble family's attempt to control a desert planet named Arrakis and its export, a rare drug called melange - also known as "the spice" - which is vital to space travel and the most sought after commodity in the universe.

'Bird Box' star David Dastmalchian recently joined in the role of Piter De Vries - played by Brad Dourif in David Lynch's 1984 film - a Mentat human who serves the Baron Vladimir Harkonnen (Stellan Skarsgard) and is addicted to the spice. 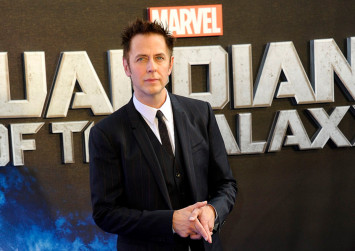 De Vries is a human who is specially trained to perform mental functions rivalling the computers that are forbidden in this universe.

The all-star cast of the production also includes Timothee Chalamet as the lead character Paul Atreides, Rebecca Ferguson, Dave Bautista, Charlotte Rampling and Javier Bardem, whilst Jason Momoa has also been attached to the project.

Zendaya and Oscar Isaac are also in talks for roles.

The project is being created by Legendary Entertainment, and Villeneuve will produce alongside Mary Parent and Cale Boyter.

Villeneuve also wrote the script for the flick with the help of Eric Roth and Jon Spaihts.

Legendary acquired the film and TV rights in 2016 after signing a deal with Herbert's estate for his iconic tome.

Villeneuve previously admitted 'Dune' has always been his "dream project" as he was obsessed with the original film growing up.

Filming is due to commence in Budapest and Jordan in spring and the film is set to be released next year.