SINGAPORE - Taiwanese crooner Fei Yu-ching, who is retiring next year, is coming to Singapore to bid farewell to his fans.

The concert will be held at Resorts World Ballroom on March 16 next year, with prices ranging from $28 to $258 (excluding booking fee). He last performed in Singapore last November.

Online ticket sales via Sistic will start at 9am on Saturday (Oct 13), while sales via other channels will begin at 10am on the same day.

The popular evergreen singer announced in late September in a handwritten Chinese note that he will be retiring next year after 46 years in show business. 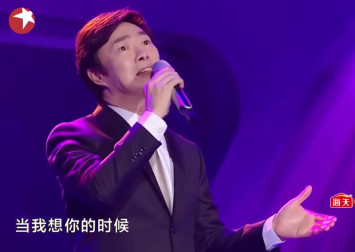 He was originally scheduled to hold five concerts in Taipei and Kaohsiung in February and May next year, and the 50,000 tickets to the concerts were snapped up in less than 20 minutes when they went on sale last week.

The organisers decided to add one more show in both cities and the 20,000 tickets sold out in 12 minutes. Due to the overwhelming response, one more show will be added in Taipei, with tickets going on sale on Oct 12.

Best known for his mellifluous voice as well as soulful rendition of songs such as A Spray Of Plum Blossoms, Watery Eyes and Good Night Song, he gained popularity in the late 1970s for performing the theme songs to several television dramas. In 2006, he endeared himself to younger pop fans with his collaboration with Mandopop king Jay Chou on the hit ballad Faraway.

He is also known for cracking jokes on stage and impersonating other artists' singing styles and stage demeanour.