Ten time Grammy Award winner, Taylor Swift will be performing at the Grammy Awards in 2021. It will be her first performance at the event since 2016.

Taylor Swift, Harry Styles, and BTS are among the artists set to perform at the 2021 Grammy Awards.

The Cardigan hitmaker, the 27-year-old singer, and the K-Pop megastars will all take to the virtual stage at the annual music awards ceremony, which is set to take place next week on March 14.

The full list of performers for this year's ceremony - which will be held at the Staples Center in Los Angeles but will not feature any in-person attendance due to the ongoing Covid-19 pandemic - was announced by the Recording Academy on Sunday (March 7), and also includes the likes of Billie Eilish, Cardi B, and Megan Thee Stallion.

Part of the Recording Academy's announcement reads: "Artists will be coming together, while still safely apart, to play music for each other as a community and celebrate the music that unites us all."

This year, the Grammys audience will consist of performers, nominees, and a small number of guests, whilst some performers - including Korean-based band BTS - will take to remote stages. 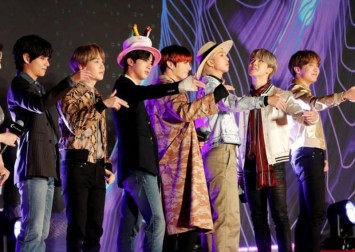 Grammy executive producer Ben Winston has confirmed some of the performances will be pre-recorded, and there will be four stages for those performing live on the night, so that everyone can have plenty of space to perform safely.

He told Variety magazine: "We've designed a set that you could argue makes it an even more exciting show. The performers and nominees are each other's audience, so it's a room of incredible musicians, all safely distanced from each other, and every 45 minutes a new four groups come in and the [previous] four go out."