Terry Crews has insisted a White Chicks sequel is in the works.

The 50-year-old actor - who starred as Latrell Spencer in the 2004 comedy movie - has revealed the hit film will soon be getting a sequel.

Speaking on Watch What Happens Live, he said: "I actually got with Shawn and he was like, 'Man, we're doing it. We're getting it going.' 15 years ago you have to understand. As of this month, 15 years.

"I'm staying in shape just for that movie. I've been working out for 15 years so we can do White Chicks 2 y'all! Please! Please!" 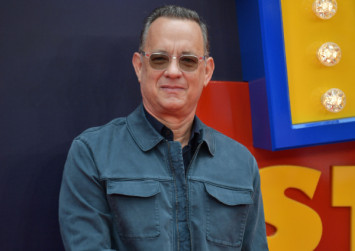 The original White Chicks movie follows the story of two FBI agent brothers - Marcus (Marlon Wayans) and Kevin Copeland (Shawn Wayans) - who are forced to transform themselves into a pair of blonde, white women after a pair of socialites they are told to escort to a party to be used as bait for a kidnapper refuse to go.

It is not the first time there has been talk about a White Chicks sequel.

Marlon said last year: "Is White Chicks 2 happening anytime soon? I don't know. But there's been a lot of rumblings happening. A lot of people want us to do it. So me and my brothers have been talking. So if things go right, we hope to do a White Chicks 2."

There has been no official confirmation from any studios as of yet but fans are hoping the sequel will finally be made after one fell through in 2009.