Jordan Chan (left) and Vincent Zhao were rumoured to have fallen out over the latter's treatment of Anita Mui.

When a Chinese reality show brings together 33 male celebrities — all past the peak of their careers — you best bet your bottom dollar that some of them have a history.

In case you're not sure, we're talking about Call Me By Fire, a competition where celebrities vie to become members of a new 17-member boy band. Think the male equivalent of Sisters Who Make Waves, which was last year's biggest show.

And there are some who might have had some bad blood in the past.

Both Jordan and Vincent are linked by their past connection to the late singer-actress Anita Mui.

Back then, Jordan made his showbiz debut as a dancer for Anita Mui before being catapulted into the spotlight as her protege. Meanwhile, Vincent (who is known for his role as Chinese folk hero Wong Fei-hung) was romantically linked to Anita.

However, when Anita was in poor health, it was reported that Vincent didn't visit her and this caused some tension between him and Jordan, leading to a falling out between both of them.

Years later, Vincent explained that Anita didn't want him seeing her in a frail state and rejected his offer to visit.

And seeing how cordial they both are on the show — shaking hands and all — it's safe to say that it's all water under the bridge for these two artistes.

Ahh, nothing like running your mouth and getting into hot soup because of it.

In 2009, when Taiwanese boy band Lollipop — of which Owodog was a member — made it big and they were performing at the Hong Kong Coliseum, rumours emerged that they were lip-syncing.

Read Also
Jerry Yan, Terry Lin: Which other 'brothers' in hit Chinese show Call Me By Fire are voted the top 5 most dislikeable? 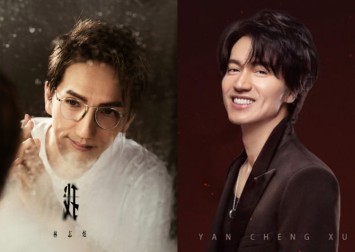 Paul Wong, a member of Hong Kong rock band Beyond, took aim at Lollipop, calling them "professionals at lip-syncing" and said he would like to learn from them.

Lollipop fans retaliated against Paul, calling him "poor", "old" and someone who lives off his wife, actress Athena Chu. Paul didn't relent and told Lollipop to "come talk to me after three years", implying that they were just a fad.

Ironically, the band went through a rebranding in 2010, took on a new name — Lollipop F — and stayed active till 2017.

However, so far, it's been reported that nothing dramatic has happened on Call Me By Fire between Owodog and Paul. Besides, the pair haven't had much interaction as well.