'They don't wash all the bits': Leonardo DiCaprio called 'smelly' by this 81-year-old actress

The beloved 81-year-old actress worked alongside the Hollywood heartthrob in the 1996 movie Romeo and Juliet but admitted he was quite whiffy as it was very hot on set in Mexico.

Speaking to Holly Willoughby and Phillip Schofield on ITV's This Morning, Miriam said: "He was a bit smelly because it was very hot in Mexico and young boys don't make themselves fragrant, they don't wash all the bits."

Miriam also tried unsuccessfully to stop herself from swearing on live TV.

After she stopped herself, Phillip said: "It's such a shame because we love it when you just let rip," and Miriam responded: "I know but it upsets some people. And I don't want to upset people because the whole thing is, life is s*** at the moment, it really is. It's terrible."

However, she quickly saw her error in swearing anyway and exclaimed "Oh!" as Phillip and Holly burst out laughing. 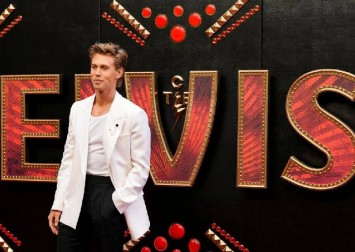 She said: "I've let myself down, sorry," and Holly replied: "It happens!"

Phillip added: "Yeah amazingly while you were apologising!"

And Miriam explained: "I just want to make people happy," as Phillip told her: "You do though," and Holly said: "You make us very happy, let me tell you."

Miriam issued another apology, saying: "Well, I apologise to everybody for that word."