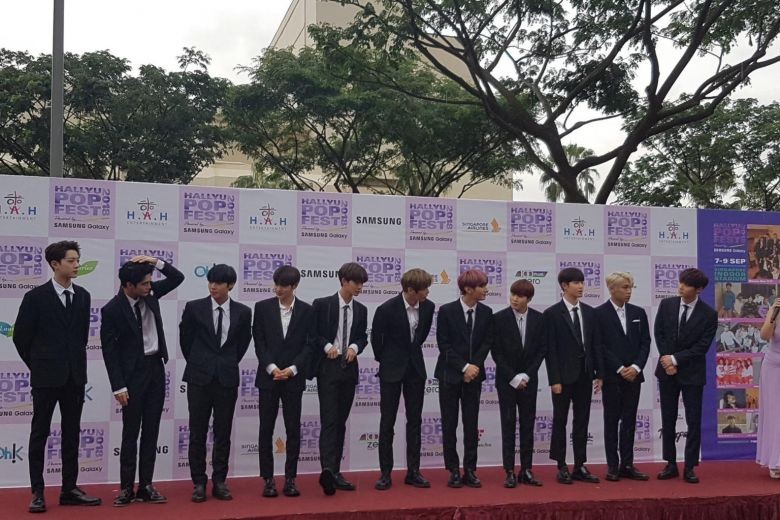 The pretty boys of boy band Wanna One showed up in perfectly tailored black suits and slick hairdos at the HallyuPopFest.
The Straits Times

SINGAPORE - The pouring rain did nothing to dampen the spirits of the thousands of rabid K-pop music fans at the red carpet event on the first day of the HallyuPopFest.

Many fans came prepared for the wet weather, wearing ponchos and holding umbrellas even as they squeezed themselves against the barricades at the red carpet held outside Singapore Indoor Stadium on Friday afternoon (Sept 7).

The loudest screams were reserved for the pretty boys of boy band Wanna One, who showed up in perfectly tailored black suits and slick hairdos when the rain appeared to stop momentarily.

The eager fans, made up mostly of teenage girls, clearly did not seem to mind that the 11-member group had last been in Singapore to perform only two months ago, in July.

They are all slated to perform at the Singapore Indoor Stadium later on Friday night.

HallyuPopFest, which is being held over three days from Friday till Sunday, is said to be one of the biggest K-pop music festivals ever held in Singapore, with 21 acts due to perform.