Tina Turner - who has spoken about the domestic violence she suffered at the hands of her late ex-husband Ike Turner - is thankful she was introduced to Buddhism when she was going through particularly hard times.

The 81-year-old singer said: "Buddhism saved my life. In the midst of my most difficult times, including domestic violence, I started chanting and learning about Buddhist principles.

"Who knows if it was predestined, but I can say for sure that chanting came to me at exactly the right time."

The What's Love Got To Do With It hitmaker knew it would have been easy to look for a quick fix such as drugs or alcohol, instead of using her faith to get through her difficulties.

Speaking to The Times magazine, she said: "When I was going through some of my hardest times, perhaps it would have felt easier to give in to quick fixes, like smoking, alcohol, or drugs.

"Instead I chose to look inward, to tap the wellspring of my greater self. My dear friend David Bowie, who had a lifelong interest in Buddhism, used to call me a phoenix, the mythical bird who rises from the ashes."

And Tina believes life doesn't have to be dictated by the "big problems" people encounter. 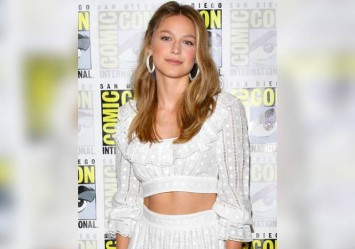 She said: "If there's one lesson my life serves to teach, it's that encountering big problems doesn't have to dictate your future.

"It's what we make of adversity, how we use it to shape ourselves, that determines our success and happiness.

"I believe we all have the potential to overcome problems - and I don't mean just survive our problems, but thrive because of them."

When things were particularly bad with Ike, she thought her only way out would be to die. She admitted: "Living with Ike was a challenging series of ordeals. I suffered years of domestic violence, both emotional and physical.

"At one point I thought death was my only chance at escape.

"But it was not in my nature to stay down for long. I'd always find a way to get up and go on."