Tom Hanks was once yelled at for being hungover at a play rehearsal.

Early on in his career, the Forest Gump star was a budding stage performer in repertory theatre when the whole company arrived late to rehearsals one morning after a few too many drinks the night before.

He said: "We had just opened a production of Hamlet and we all had a rehearsal for Taming of the Shrew the next day. All of the company were hungover and exhausted because we'd been up partying the night before.

"Everyone was somnambulistic and showing up at 10 o'clock. No one knew their lines and the [director] Dan Sullivan yelled at everybody!"

The Cast Away actor then revealed how the perplexed director took it upon himself to give the whole cast a pep talk.

He added: "He said 'Hey, hey! We've got three weeks to get this show up on its feet and you people are not even trying. For crying out loud, I can't do my job if you guys can't do yours. You guys have got to show up on time, know your lines and you've got to have an idea! Let's take a break, mainline some coffee. Chew it if you have to. Right out of the jar!' '"

But for future superstar Tom, the pep talk was more than worth it, as he revealed that the lesson stuck with him. 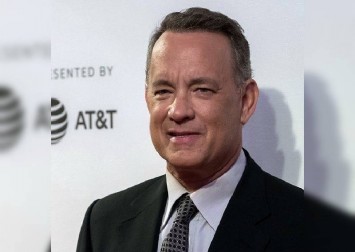 Speaking on the SmartLess podcast, he explained: "I was 20 years old then and that lesson really super stuck with me… professional actors have twenty years in the biz who have never been yelled at.

"All through the gigs I've had - the hits and the misses… that was always the thing I thought the most important thing to do was. Know your lines, show up on time and have an idea in your pocket."

Meanwhile, the Hollywood star - whose career has spanned well into the 21st century - joked that his wartime movies like Saving Private Ryan and Greyhound were actually easier to make than modern movies.

He said: "We do a lot of [war movies] because none of the projects have to have cell phones or laptops so that alone makes the writing of them so much easier!"