Tone-deaf or tuned-in? Coronavirus epidemic proves a minefield for celebs

LOS ANGELES - Taylor Swift is sending cash to some of her fans and Rihanna has donated US$6 million (S$9 million) to support people whose livelihoods have been upended by the coronavirus pandemic.

Movie and record producer David Geffen said he is self-isolating in the Caribbean on his multi-million-dollar yacht, and Madonna posted a now-deleted video of herself in a bathtub filled with rose petals calling the virus "the great equaliser."

The coronavirus epidemic is bringing fans up close and personal with celebrities in an unprecedented way, but not everyone is liking what they see.

"Celebrities are also going through a difficult time and they are trying to contribute in whichever way they know how," said Los Angeles celebrity branding expert Jeetendr Sehdev.

"What doesn't help is when many of them talk about how the virus is an equaliser."

Appearing on social media from their kitchens, bedrooms and sofas, A-list stars like Kate Winslet and Gwyneth Paltrow are showing themselves without make-up and perfect hair.

Some are also giving the public a glimpse of the mansions, swimming pools and designer kitchens where they are hunkering down under stay-at-home rules aimed at containing the epidemic.

But complaints of boredom or attempts to empathize have landed with a thud in a world where millions have filed for unemployment or are risking their health working in hospitals and grocery stores.

Geffen was vilified on social media after posting a photo last week of his yacht with the caption "Sunset last night... isolated in the Grenadines." Singer-songwriter John Mayer on Tuesday responded with the satirical song Drone Shot of My Yacht.

A televised Concert for America on Sunday, with musicians filming themselves singing from home, raised nearly US$8 million for coronavirus relief. Lady Gaga sported sweatpants. Country singer Tim McGraw sat on the diving board of a pool at his Nashville home.

A spoof video of celebrities in quarantine made by a now-out-of-work Louisiana wedding photographer has attracted more than 12 million views in a week. Dalton Smiley, 20, said the video was inspired by celebrities posting about how bored they were.

"We are really roughing it out here. The bowling alley broke on Sunday, the ice-skating rink melted and we can't get anyone to fix it," Smiley says in the video, posing in a pool and drinking a cocktail.

"I don't think they are necessarily doing it to have a pity party. They are trying to be relatable," Smiley told Reuters. "But most of America is really struggling on how to pay the rent and get food on the table." 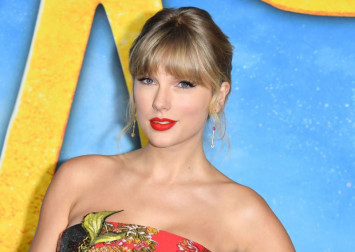 Sehdev said celebrities received the best reception when they stuck to messages that urged people to follow official and scientific guidelines, or shared personal stories in an authentic way, like when actors Tom Hanks and Idris Elba announced they had the virus.

Some are going further. Swift and fellow pop star Ariana Grande have quietly handed out thousands of dollars to fans in dire straits. R&B singer Lizzo donated lunches to hospitals to thank medical staff for their work.

Rihanna and Jay-Z donated US$2 million to help undocumented workers, the children of health workers and first responders, and the homeless. Rihanna's foundation donated a further US$5 million to a range of relief efforts.

And Americans found perhaps their most unlikely coronavirus celebrity cheerleader in pop star Britney Spears, who last week re-posted a message calling for the redistribution of wealth and for workers to support each other.