Unprecedented: Shane Pow to be replaced by James Seah in first for Mediacorp Chinese dramas

SINGAPORE - Following actor Shane Pow's dismissal from Mediacorp, actor James Seah will be taking over his role in the upcoming 130-episode Channel 8 drama The Heartland Hero.

Pow, whose contract with the broadcaster was terminated after he was charged for drink driving earlier this month, will appear in 30 episodes, while Seah will appear in the remaining 100.

This is the first time an actor has been replaced midway through a Mediacorp Chinese drama.

In an interview with local media on Wednesday (April 28), The Heartland Hero's executive producer Leong Lye Lin said there will be no change to the drama's plot and no explanation for the change of actors in the story.

"We didn't want to destroy the original concept of the drama, so we don't want to include any scenes explaining to the audience why Shane has become James.

"Because no matter how we try and justify the change in the story, audiences would need some time to get used to it. Instead, we're just going to announce this change to the public honestly," said the producer.

Seah will start shooting in the second week of May, after Pow finishes his scenes on May 4. He takes over Pow's role as the second male lead of the drama, a character who runs a store selling second-hand goods.

Actress Paige Chua will star as his romantic interest, while veteran actor Chew Chor Meng will play his father. The Heartland Hero, which also stars Elvin Ng, is slated to start airing in July.

Seah, 30, said Pow texted him after he got news of the replacement.

"I felt a bit complicated about it when I received the assignment since Shane is a friend. But he texted me and told me he's got my back and that I can reach out to him for help any time."

Read Also
'We were not aware of drink driving charge': Mediacorp cuts ties with Shane Pow 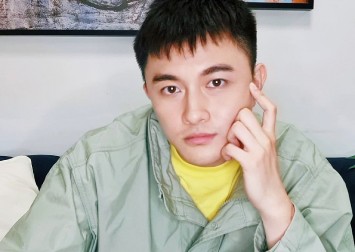 She said: "He told me he's very sorry... I told him it's okay, that we have to own up to our mistakes, resolve our problems and move on after that. I also met him yesterday at filming and he came over to give me a hug.

"I think he still feels a lot of guilt but he was really professional because I think even though he won't be able to complete the drama with us, he still wants to give his best performance."

Mediacorp had announced on Monday that it will be terminating its contract with Pow after he was charged with drink driving earlier this month. Mediacorp said it was not aware of the charge at the time.

Pow has another upcoming drama Soul Old Yet So Young, which has wrapped filming and is set to air in June.

"There is definitely pressure since I'm joining the cast only midway through the shoot when everyone is already very familiar with their roles, but I'll do my best," he said.