Victoria Beckham has ruled out performing with the Spice Girls again.

The 47-year-old star didn't join Geri Horner, Emma Bunton, Mel B and Melanie C when they got back together for a string of shows for 2019 and she's insisted she's got no plans to get up on stage if they tour again in the future because she's already giving fans what they "really, really want" with her fashion and beauty ventures.

Speaking on Good Morning America, she said: "The fans have always been so great, and it was such a wonderful journey but for me now focusing on fashion and beauty. That's my passion."

"What I love about beauty is really getting in the lab and being creative and really focusing on that clean beauty message."

"It's developing products that I love, working closely with my community — so ultimately I'm giving them what they want, what they really, really want."

Elsewhere on the show, the fashion designer credited the fact she still has "fun" with her husband David for their long marriage.

Asked the relationship advice she'd pass on to their four children, she said: "We have a lot of fun. We support each other with everything that we do, but it's about having fun and enjoying that person's company. I genuinely love being with him." 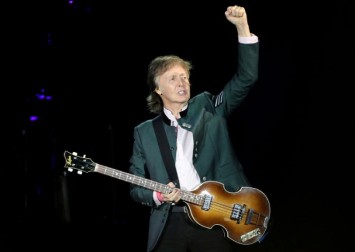 Despite Victoria's insistence she won't perform with the Spice Girls again, Mel C recently claimed her friend would join the group if they played the iconic Glastonbury festival.

Asked whether the band would be keen to appear at Glastonbury, Mel replied: "That's the dream — you know, we would love to do it."

And asked whether Victoria might join them for the show, she added: "Well, between you and I, Mrs Beckham would love to do Glastonbury.

"It's something that I know has been rumoured a lot but it's not been seriously talked about. But we do constantly talk about getting back on stage because the shows in 2019 were incredible."

"We'd love to do it again — once the world allows."