The Victoria's Secret Fashion Show has been cancelled for this year.

Speaking to Australia's Daily Telegraph newspaper, the 28-year-old Angel said: "Unfortunately the Victoria's Secret show won't be happening this year. It's something I'm not used to because every year around this time I'm training like an angel. But I'm sure in the future something will happen which I'm pretty sure about.

"I'm sure they're trying to work on branding and new ways to do the show because it's the best show in the world."

The cancellation news comes just two months after Leslie Wexner - who is the Chief Executive of Victoria's Secret parent company L Brands - claimed that the show would no longer air on network television after 24 years due to a plunge in ratings.

He reportedly said at the time: "Fashion is a business of change. We must evolve and change to grow. With that in mind, we have decided to re-think the traditional Victoria's Secret Fashion Show. 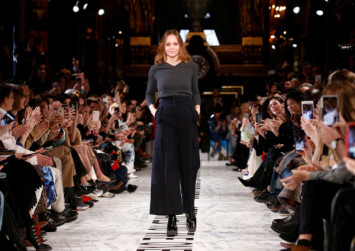 "Going forward we don't believe network television is the right fit. In 2019 and beyond, we're focusing on developing exciting and dynamic content and a new kind of event--delivered to our customers on platforms that she's glued to... and in ways that will push the boundaries of fashion in the global digital age."

Speaking to Vogue magazine at the time, Razek said he doesn't think transgender models should be part of the show because "it's a fantasy".

He explained: "It's a 42-entertainment special. That's what it is.

"It is the only one of its kind in the world, and any other fashion brand in the world would take it in a minute, including the competitors that are carping at us. And they carp at us because we're the leader."