Was Zhou Xun a nude model back in the day?

Zhou Xun and the nude oil painting she supposedly modelled for at 18.

Before Zhou Xun bared her emotions for the screens, was she baring it all for art?

Recently, netizens surfaced a series of oil paintings that appear to have been modelled after the 45-year-old Chinese actress. One painting, in particular, featured the model posing topless while holding a clay pot and it was described as a tasteful piece of work instead of one meant to titillate.

This series of paintings is said to be worth a hefty price tag. One of the paintings, titled Girl in The Sun, fetched NT$7.76 million (S$369,000) at an auction while another (Ancient Wind) was sold for NT$3.37 million. 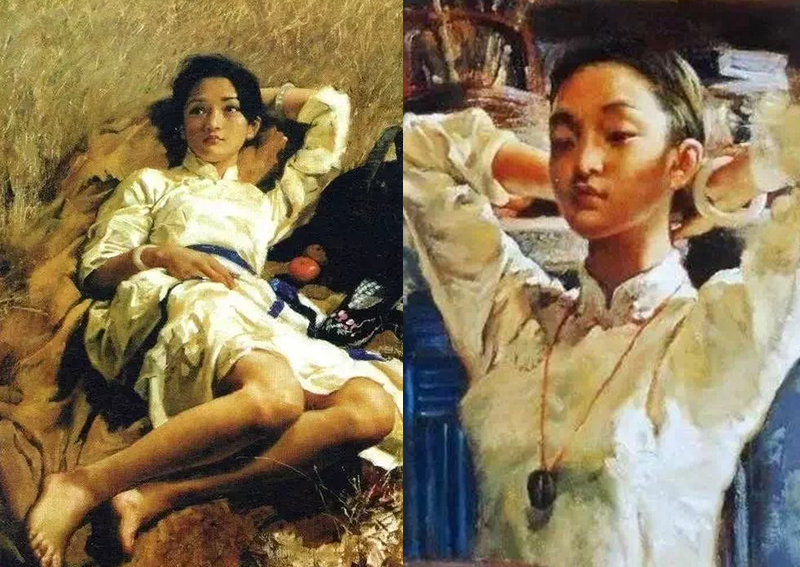 According to reports, the paintings were done when Zhou Xun was 18 and they were created by Chinese painter Pan Honghai. While Zhou Xun was never officially confirmed to be the model, Pan previously claimed in interviews that he chose the actress-singer as his muse because she had the purity of a young Jiangnan girl and was full of artistry.

Pan even predicted then that she would go on to be a big star.

Guess he had an eye for talent because Zhou Xun is now an internationally acclaimed actress and one of the original Four Dan Actresses (popular young actresses from China) alongside Zhang Ziyi, Zhao Wei and Xu Jinglei.

While Zhou Xun has been acting since 1995, she only achieved a breakthrough with the 2000 film Suzhou River. Her role snagged her the Best Actress award at the 15th Paris Film Festival.

She has also been recognised for her acting achievements at (among others) the Golden Rooster Awards, Golden Horse Film Festival, and Hong Kong Film Awards.

Zhou Xun is known for her roles on The Equation of Love and Death, Painted Skin (and its 2012 sequel) and her Hollywood debut in sci-fi film Cloud Atlas.