LOS ANGELES - HBO's dystopian superhero drama Watchmen and the 1960s comedy The Marvelous Mrs Maisel led nominations on Tuesday (July 28) for the Emmy Awards, in a list strong on diversity and fresh contenders for the highest awards in television.

It was followed by HBO with 107, including a surprise nod for Zendaya, the 23 year-old star of teen drama Euphoria.

Succession, about a sparring media family, scored 18 nominations, including nine for its actors.

Ozark, about a middle-class family that launders money for a drug cartel, also received 28 nods including for stars Laura Linney and Jason Bateman.

Half of the nominees for best comedy series were newcomers to the Emmys such as Dead To Me and Issa Rae's Insecure, a take on 20-something black women in Los Angeles.

"For once, I am speechless," Dan Levy, who is also the co-creator of Schitt's Creek, wrote on Twitter.

At a time when Hollywood's record on diversity is under scrutiny, multiple nominations went to actors of colour. 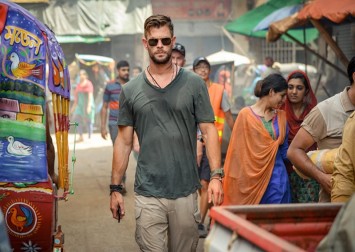 Former Friends star Jennifer Aniston landed her first Emmy nomination in a dramatic role for her performance as a tough TV anchor in the Apple TV+ drama The Morning Show, which also brought nods for Steve Carell and supporting actors Billy Crudup and Mark Duplass.

Among the surprises was a best drama series nod and 14 other nominations for The Mandalorian, the popular Star Wars spinoff about a helmeted bounty hunter who protects Baby Yoda, on the Disney+ streaming platform.

But LGBTQ series Pose was overlooked in the drama series race, while Oscar winner Reese Witherspoon failed to make the grade for acting in either The Morning Show or Little Fires Everywhere.

The Emmy Awards will be announced at a ceremony on Sept 20, although it is not clear if any of it will be live or in front of an audience because of the coronavirus pandemic.

Following is a list of nominees in key categories:

Dead To Me (Netflix)

What We Do in the Shadows (FX)

Christina Applegate, Dead To Me

Linda Cardellini, Dead To Me

Sterling K. Brown, This Is Us

Octavia Spencer, Self Made: Inspired By The Life Of Madam CJ Walker

Mark Ruffalo, I Know This Much Is True