'We need to get married': More Kim Seon-ho messages to ex-girlfriend leaked, showing his love and commitment to her

They're known for tailing celebrities and exposing their romances, but Korean media outlet Dispatch is now intent on revealing the truth behind one K-drama star's scandal.

On Monday (Nov 1), it released a second batch of KakaoTalk messages reportedly between beleaguered Kim Seon-Ho and his ex-girlfriend. KakaoTalk is a mobile messaging app widely used in South Korea.

The outlet said the woman had taken screengrabs of her text messages with the 35-year-old actor and sent them to her friends, who recently gave them to Dispatch.

There were 284 message exchanges on July 24 last year — the day she discovered she was pregnant and broke the news to Seon-ho. There were also conversations from other days, as well as after the abortion.

In her initial accusations posted on social media on Oct 17, the woman said Seon-ho coerced her to get an abortion as having a child would affect his career and his ability to support his parents. He also allegedly told her that he would have to pay 900 million won (S$1.02 million) in penalties if he had a child.

"Over KakaoTalk, he acted like there was potential for us to talk it out. He even acted like he would take responsibility. But when we met in person to actually discuss, he was different. I have screenshots of the conversation I had with the piece of s***," the woman wrote, according to translations by Koreaboo.

In the newly leaked messages, Seon-ho — assuming it was really him — was loving and supportive, even telling the woman that they should get married and inform his parents of the good news.

However, in all objectivity, it is not known if he was "different" when they met in person as the woman had alleged. 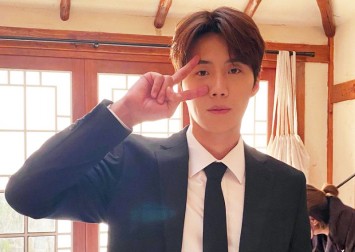 After finding out about the pregnancy, Seon-ho texted the woman for some time to think, telling her a couple of times not to worry. He said he was sorry he couldn't be with her in person at that moment, adding: "We can think about this and make good decisions together."

He also wrote: "I think we should at least tell my parents, " and "No matter what happens, I'm going to take care of you. So stop worrying and go home. Get some rest. I love you."

He then told her: "We need to get married. You don't have a choice now. LOL. We should come up with a plan over the week. We'll tell my parents and settle everything by next week."

"I have never loved anyone in my life as much as I love you," Seon-ho added.

The couple remained lovey-dovey in their messages in August after the abortion, up till December last year. 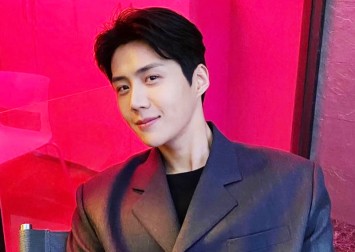 Other messages leaked by Dispatch revealed that the couple had gone through a rough patch just weeks before they found out about the pregnancy. On July 7, 2020, Seon-ho had apparently asked the woman for a break-up while she tried to salvage the relationship.

He wrote: "Have you ever considered how embarrassed and upset I'd be, when I hear this from someone else other than my girlfriend? I let that slide and tried to be as polite as I can but you lied again.

"Didn't I tell you when I first met you? I'd understand if you go to a club with men as long as you're honest and you tell me when you get home. But you lied to me from the day we took a chance at our future. You lied to me while you smiled and pretended to be oblivious to everything." 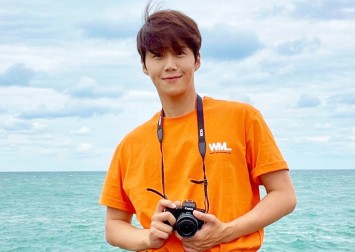 It was not certain how and why they patched up afterwards.

According to Dispatch's report, an acquaintance of the woman revealed: "She claimed she wasn't going to let her grudge go if he didn't come back to her. She was determined to ruin his career because that's what she said when she would see him promoting. She said she was going to make his career go down the drain... All the while she was seeing other men."

Soompi reported that Seon-ho's agency declined to comment on the latest messages that Dispatch released.

Earlier on Oct 26, Dispatch leaked phone messages that reportedly showed the woman had met other men behind Seon-ho's back and secretly kept images and video content of him on her personal devices.

Meanwhile, Seon-ho's popularity with fans hasn't waned, with the number of followers on his Instagram account growing from 7.3 million on Oct 17, to 7.7 million on Oct 29 and 7.8 million today.