Westlife performed to a 20,000-strong crowd at the National Stadium on Saturday, Aug 10.

Stepping into the National Stadium last night (Aug 10) for Westlife's The Twenty Tour to commemorate their 20th anniversary, I was immediately cognisant of my age.

As the unfamiliar faces of the concertgoers filed past me, it was clear they did not belong to the K-pop generation.

But in that one-night-only concert, my 28-year-old self was never more proud to be a 90s kid.

This concert tour marks the first time the four-member group have performed together since their split in 2014 and reunion in 2018. They last performed in Singapore in 2011.

The National Stadium was also the largest indoor arena that the Irish boyband have ever played in, with main vocalist Shane Filan promising the 20,000-strong crowd that it would be a special night.

I can't speak for the rest, but it was for me, because it turned out to be a nostalgic night that made time even more irrelevant than Doctor Strange with a Time Stone.

Bursting onto the stage with a high-energy performance of their new single Hello My Love, the group got the crowd screaming and one could feel the palpable excitement in the air. 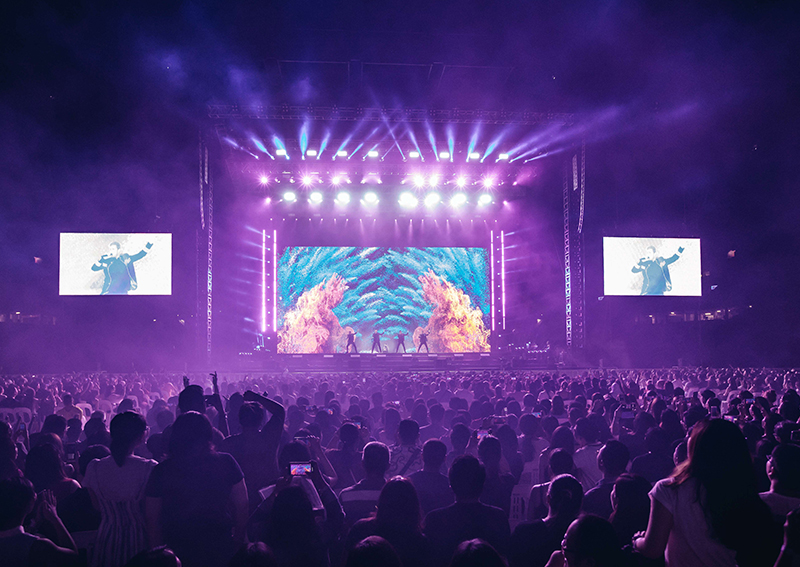 It wasn't just because they aged as well as fine wine - maturity and 'daddyhood' suit them well - but because their vocal techniques had improved greatly over the years.

Even Nicky Byrne and Kian Egan, who didn't have the lion's share of the solos on the albums, had numerous turns in the spotlight last night.

After performing familiar hits like Swear It Again, What About Now, My Love and When You're Looking Like That, group member Nicky addressed the crowd with a peculiar request.

As the Dublin team was having a match later that evening in the All-Ireland Senior Football Championship, he wanted Singapore to cheer for them and he would record it.

The sceptic in me was surprised when the crowd chanted 'Dublin' with as much gusto and enthusiasm as they would show at our National Day Parade.

Singaporeans can be a tough crowd to work at a concert and Westlife seemed to have cracked this particular code: Fan adoration.

WESTLIFE DOES IT BEST WHEN THEY'RE BEING WESTLIFE

Perhaps one of the concert's slightly underwhelming moments came during the start of the Queen medley where the group paid tribute to the celebrated British rock band.

It wasn't really about the performance as the band have proven themselves to be vocally on point (especially lead singer Mark Feehily who tackled runs like Christina Aguilera) but well... it's kind of an open secret that they aren't really good dancers.

So when they started gyrating their hips to the beat of Radio Gaga (and not so smoothly I might add), it did get a little awkward. 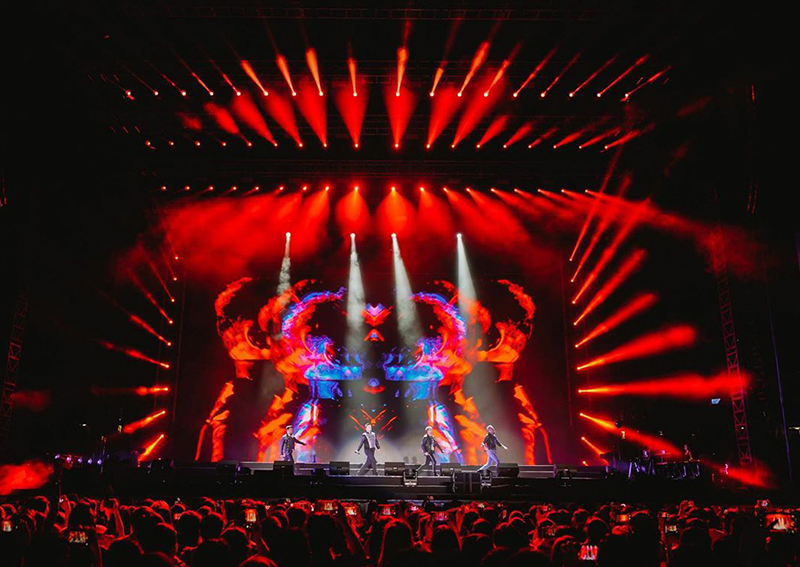 The band during their Queen medley. PHOTO: Instagram/kianegan

It also didn't help that the camera gave loving close-ups of their butts; but while they may not have 'Ireland's Ass', it did drive the girls around me wild.

From their laughs as they fumbled around on stage with those moves, it's quite clear that the foursome were having fun at their own expense.

However, when they started tightening their act and being the Westlife that we all know, their interpretation of Queen’s most iconic tunes like Another One Bites the Dust, Somebody to Love, We Will Rock You and We Are The Champions, hit a home run. 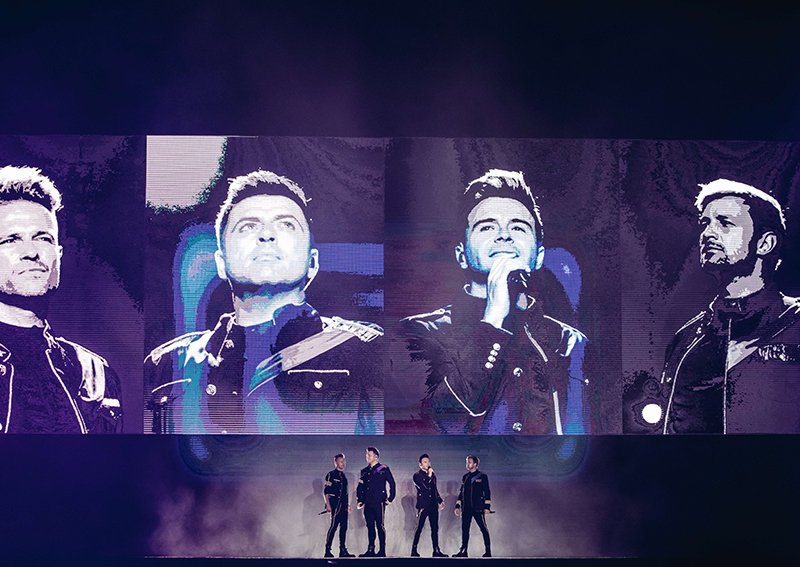 This was especially apparent in their encore performance of World of Our Own where they performed a short but scintillating dance routine with their microphone stands.

The quartet served charisma, swag, and bad boy feels that made me remember the Westlife I fell in love with.

I WASN'T ALONE IN FEELING OLD BUT YOUNG

For 29-year-old Samantha Baey, it was definitely a nostalgic night as she has been a fan of the group since their debut in 1999.

The communications professional told AsiaOne: "The 2001 Westlife concert was the very first concert I attended back in my life and seeing them again today just brought back so many memories, especially so because I attended the concert with a bunch of girls who also grew up listening to Westlife!" 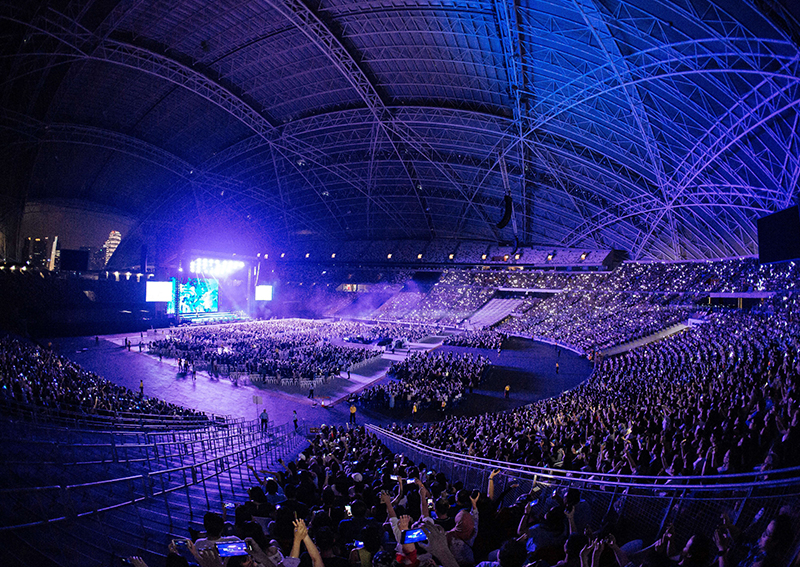 The concert also brought together 55-year-old Choo Shao Ming and her two adult twin daughters, both of whom are 22.

But the media lecturer wasn't there to accompany her children - she actually loves their music and the lads whom she dubs her "Fab Four".

She gushed: "I’ve been a fan of Westlife since my kids were little. They're 22 now, but they grew up listening to Westlife when I drove them to school.

"We sang along to their hits together, so tonight, we re-lived those times with our favourite four Irish lads. If anything, Westlife makes both my daughters and I feel young again!" 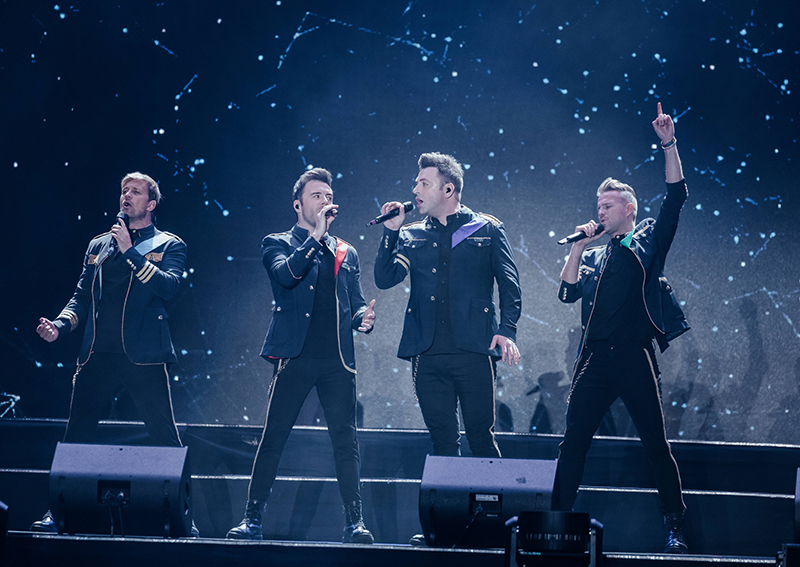 After hearing their replies, it was clear that Kian's worries about the reunion were alleviated.

He told the crowd: "We were worried if we still had it. Could we still get up on the stage and sing our songs? Did anybody care?"

The answer, is a resounding 'yes'.

Westlife will next play in Beijing on Aug 13 and move on to other cities in Asia before concluding their world tour in London.

#Concert review #concerts #In Case You Missed It