When Sharon Au was suicidal, her mum surprisingly told her she could leave if she wanted

A mother's love is often regarded as the greatest love of all, and it helped Sharon Au push through right when the former actress needed it the most.

In the latest episode of local radio DJ Jean Danker's podcast R U Okay?, which was released on Wednesday (April 13), the 46-year-old shed light on some of her mental health struggles during her younger days.

Jean referenced a 2018 article that Sharon had written for Lianhe Zaobao where she talked about suffering from post traumatic stress disorder (PTSD) and depression after the 2011 Japan earthquake. Sharon was studying there at that time and the disaster happened the month she was supposed to return to Singapore.

She couldn't remember what drove her to the state of feeling like "it's pointless to continue" but she knew she had to tell her mum.

Sharon explained: "It wasn't like 'Mum, I'm gonna kill myself.' It was more like 'I don't want to live.'"

After hearing her daughter's words, Sharon's mother simply said: "I really just want you to be okay. And if you don't think you're okay anymore in this sphere, okay, you go, I will pray for you. I'm sure the Lord will be taking care of you... I'm sure he'll do a much better job than me."

Looking back, Sharon is glad that her mother didn't "do the melodramatic thing" and it made her feel "the strength of a mother".

"If she had broken down and gone hysterical, I think it would have made me feel worse. It probably would have really driven me to do something silly." 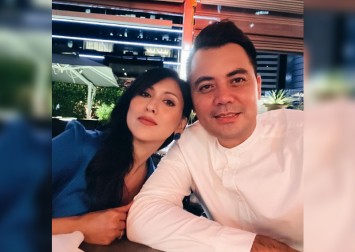 She added: "Her stance made me [go] 'Sharon Au, wake the f***up! How can you leave your mother sitting there, thinking that she has not done her job and she can't do anything, and you want to leave her?'"

Sharon then threw herself into her work, and took up whatever Mediacorp had to offer at that time.

"I just made myself very busy so that I didn't just wallow at home and think of ways to end my life."

Sharon's mother also inadvertently played another important role on her road to recovery, although it didn't go down too well with the former actress initially.

She had told the whole congregation to pray for her daughter, causing Sharon to lash out as she felt like her reputation had been damaged.

ALSO READ: Sharon Au resigned 'dramatically' from Mediacorp because she was scolded for sharing her ideas

"This was one of the worst things that I've ever said to my mum... but even after my outburst and being completely unfillal and unreasonable, my mum said, 'My point is, one counsellor stepped forward... and told me she would like to speak to you.'"

Sharon then began counselling sessions with her in the latter's home and was eventually referred to a medical institution that prescribed her medication.

The former actress also took care to note that medications aren't a permanent solution for those suffering from mental health conditions, explaining that they're more of a "temporary suppressant".

"Unless you've resolved all your past hurt and all the trauma, you shouldn't jump straight to taking medication. There are different stages. That's why it's really important to seek professional help."

ALSO READ: Sharon Au slept on her friend's sofa for 6 months while jobless in Paris