Who would Miriam Yeung matchmake her bestie with - Louis Koo or Raymond Lam? 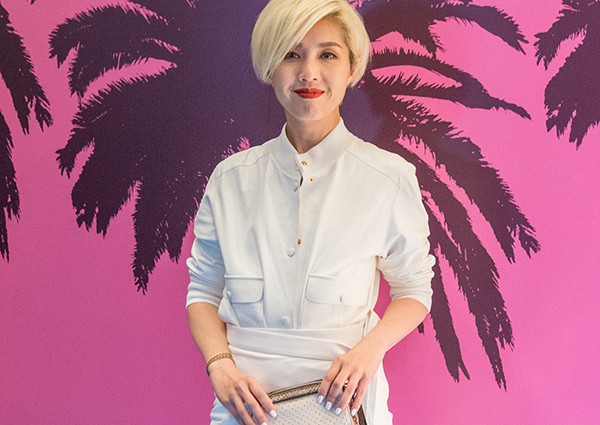 Dressed in a stunning all-white number paired with a classic crimson lipstick, Hong Kong pop star and actress Miriam Yeung Chin-wah was all set and ready for the recent grand opening of the Italian luxury label Tod's flagship store at Paragon when we caught up with her.

Despite being one of the most recognised faces in the region, the box office success and award accolades have not gone to her head. The 44-year-old Queen of Comedy is down to earth and has no airs and graces.

Unashamed that she didn't know how to take a boomerang, she still gamely took a shot with us. We reckon, she is often like that - what you see if what you get.

This year marks Miriam's 23rd anniversary in show business. Even though the "Love in the Buff" actress-singer announced her plans to retire this year during a guest appearance at Cantonese acapella group C AllStar's concert in October last year, Miriam shows no signs of slowing down.

"I love what I do. Performing is my way of leading a healthy and fulfilling life," said Miriam in her interview with Her World.

We also asked her other cheeky questions like who would she rather matchmake her bestie with - Louis Khoo or Raymond Lam (both of whom she has acted with)?

The mother-of-one, who has been juggling both family and career, is set to appear in an upcoming TVB series "Wonder Women" that is slated to air sometime this year. It will be her first small screen appearance in eight years.

Check out her goofy moments in our video below when we played a game of "Would you rather…" with her.