It's not even that time of the month but we're getting all emotional and weepy from watching two short films.

If you, like me, think storylines and characters' emotional development are gradually drawn out over a long feature film or a drama series, you would be surprised with what can be achieved in just three minutes with masterful storytelling.

Don't believe it? Click on the play button in the video below.

This short film shows a woman named Joyce and her late grandmother's domestic helper, Siti, reminiscing about the old lady while going through the latter's belongings for the wake and cremation.

So many emotions and character revelations are sensitively portrayed. As Joyce wistfully goes through the items, you get the feeling she misses grandma a lot and is lost in the memories. Meanwhile, Joyce's mother seems to be hiding her sadness behind a façade of busyness.

And Siti, the quiet unassuming helper, manages to show what kind of a person grandma is with just a few sentences. In the final 15 seconds of the short film, one simple action from Joyce shows poignantly that Siti really is family.

The film is shortlisted for Favourite Film (Open Category) in this year's ciNE65 Movie Makers Awards, a short film competition which consists of an open category and a student category.

The actress who plays Siti is also nominated in the Favourite Actress (Open Category).

Siti is one of the films that have been submitted for ciNE65 2021 Movie Makers Awards (ciNE65 MMA). ciNE65 — organised by Nexus, Ministry of Defence (MINDEF), and mm2 Entertainment — is currently in its sixth season, and it's the largest national platform for film students and budding filmmakers to share short films about Singapore.

The theme for 2021's MMA is Stronger, Together and it calls on local filmmakers to reflect on our stories and explore how all of us can overcome difficulties and move forward united as one Singapore.

If you need to clear your tear ducts more, we recommend Putu Piring, which is shortlisted for Favourite Film, Favourite Actress, and Favourite Actor in the open category.

In the short film, a young woman sits down at a table at a coffee shop to have her meal, and starts chatting with the elderly man there. Everything seems normal between two strangers, but something's not right. 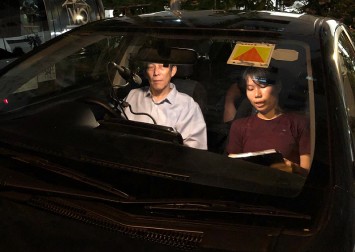 The woman insists on walking the man back to his home. At the door, we find out why, and okay, this is where we get choked up, but we shan't spoil it for you.

Some other films that we like include Knock, Knock! and Kejar from the student category about delivery riders — people who play such an important role in our lives especially now during the Covid-19 pandemic.

A total of nine short films are shortlisted for Favourite Film — four in the Open Category and five in the Student Category, with entries from ITE College Central, Ngee Ann Polytechnic, and Temasek Polytechnic.

Through the Audience Choice Films campaign, you can now vote for your favourite film, actor, and actress using this online form until July 21, 11.59pm. You can watch all the shortlisted entries in the video below.

Which film is your favourite, and who do you think acted really well? Vote to support them in their filmmaking aspirations!

An awards ceremony will be held on July 28 to announce the winners, and a ciNE65 Film Festival will also be held on July 23 to 25. Visit ciNE65's Facebook, YouTube, and Instagram pages for more information.

This article is brought to you in partnership with ciNE65.