Wolfgang Puck lets us in on his Oscars after-party menu

Celebrity Chef Wolfgang Puck poses in the kitchen while preparing the diner for the 91st annual Academy Awards Governors Ball, in Hollywood, on California, February 20, 2019.

They will nibble on Oscar shaped flatbreads topped with smoked salmon and caviar, sip French champagne and sink their teeth into tiny chocolate Oscar statuettes.

Nothing is too good for Hollywood's elite, who will be wined and dined after the Academy Awards on Sunday by celebrity chef Wolfgang Puck.

Puck has catered the extravagant post-Oscars party - the Governors Ball - for decades, preparing thousands of dishes for the 1,500 guests, including the night's winners.

"We have been doing the Oscars for 25 years, which is really amazing," the 69-year-old chefsaid on Thursday during a tour of his kitchen where he was prepping for the extravaganza. 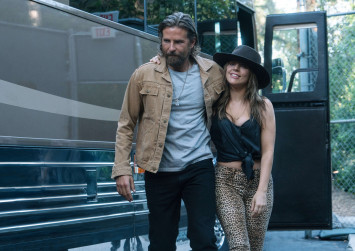 "I remember the first time we did it, it was in downtown LA, at the Shrine Auditorium," he added. "We built the kitchen in the car park, it was raining and windy, it was so difficult. Now we have two state-of-the art kitchens, so it makes it much easier."

Sunday's menu, he said, will feature some classics that are always hits with party goers, including wood-fired crispy flatbreads - 6,500 of them - with crème fraîche, smoked salmon and caviar.

Among the other 60 dishes on the menu this year will be spicy fried quail, black truffle chicken pot pie, wagyu beef and agnolotti (a sort of ravioli) with black truffle and spring peas.

"We've got the black truffle from France," the Austrian-born Puck gushed as he showed samples of his dishes. "People love the smell, and we make 1,000 of them, so the whole dining room smells like truffle."

On the sweet side, apart from the 24-carat dusted chocolate Oscars, will be passion fruit and strawberry cookies, hibiscus orange pate de fruit and espresso macarons.

Puck, a regular on television talk shows, said no less than 35 pounds (16 kilograms) of black truffle, 350 pounds of Atlantic bigeye tuna and 250 Maine lobster will be served at the event.

And while the caviar (a mere 33 pounds) and the quail (400) are from the US, the champagne (about 1,400 bottles) is from France and the Iberico ham (five whole legs) hails from Spain.

Read Also
Serena Williams to present at the Oscars 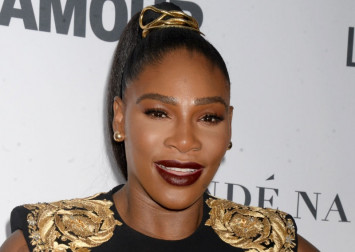 Puck, who worked in some of France's top restaurants before relocating to the US at age 24, said the menu reflects the international flavour of the Academy Awards that honour film and actors from across the globe.

"The movie industry is worldwide," he said. "They have movies in France, in Italy, in England, and now Mexico is really strong, they have Roma."

"So our cooking here is a little bit like that. We have influence from Asia, from Italy and France."

In total, Puck - who heads an empire of restaurants stretching from Beverly Hills, to Las Vegas and Singapore - said he will be serving 16,000 individual dishes on Oscars night, including vegan dishes - enough to keep everyone satisfied through the evening.

Helping him prepare the feast are 200 assistant chefs who will be backed by 850 servers and 10 head waiters on Oscars night.