Following the success of Story of Yanxi Palace, lead actors Wu Jinyan and Nie Yuan reunited again to collaborate on The Legend of Haolan earlier this year.

And for the third time, the two are set to work together on upcoming drama Happiness Will Knock On Your Door.

Despite the immense appeal the co-stars have because of their onscreen romance, their fans were extremely reluctant to let their idols act in this new drama because of the weak plot and instead threatened to boycott the show.

The show follows the journey of a man who was cheated on by his wife, and when she passes on, ends up saddled with the responsibility of her son. Struggling to acclimatise to life in the city, he meets a policewoman who he falls in love with and they take care of the son together. 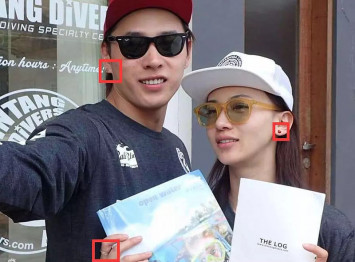 When the news of the show leaked on August 1, netizens criticised the drama for being ridiculous and two-dimensional, and that the drama was way beneath the abilities of their idols. Weibo users found the plot cliched and melodramatic, with little chance of success.

In the words of Weibo user 8Aunt: "Isn't this just a show about a guy finding a stepmother for his not-son? Once this drama airs, everyone will be criticising it."

Neither Jinyan nor Nie Yuan are bad or unpopular actors by any means, so it's not difficult to see why fans were highly against them acting in a show with a seemingly subpar storyline.

This collaboration also seemed to be one too many for the fans.

Some of Jinyan's fans went even further to blame Nie Yuan for supposedly latching onto her fame and for being the reason why she's in a terrible drama.

The post has since been taken down, and artiste management agency Huanyu has issued an apology and a statement to assure fans that they have Jinyan's best interests in mind.

The creator of the show, Yu Zheng, on the other hand, posted his dissatisfaction towards those who sowed discord amongst the fans, but also thanked the others for their continued support.

#actors #actress #Social media #In Case You Missed It