The Singapore-based actress was visibly emotional as she picked up her award onstage, tearing up as she thanked Chen, her fellow actors Koh Jia Ler and Yang Shi Bin as well as late mentor and local theatre practitioner Kuo Pao Kun.

Yeo Yann Yann told The Straits Times: "I think I forgot to thank my family! I want to thank my family in Singapore and Malaysia. Without their support, I would not have been able to achieve what I have achieved. And please Singapore audiences, please go to the cinemas to support Wet Season."

She had previously won the Best Supporting Actress award in 2013, for Chen’s debut film Ilo Ilo.

Wet Season, about a Chinese teacher (Yeo) struggling with infertility, a loveless marriage and workplace problems, was nominated for six awards including Best Director for Chen and Best Supporting Actor for Koh and Yang. Yeo Yann Yann’s win was the film’s only win. 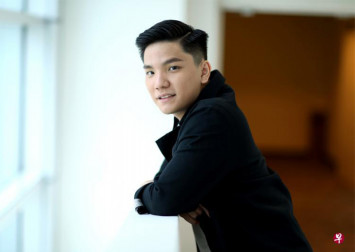 Chen lost both Best Director and Best Narrative Feature to family drama A Sun. Koh and Yang lost the win to Taiwan’s up-and-coming actor Liu Kuan-ting for his performance in A Sun.

Wet Season premiered in Singapore on Thursday as the opening film of the Singapore International Film Festival and is now available in theatres here.

Another Singaporean filmmaker - Yeo Siew Hua, 34 - went home happy with his Best Original Screenplay win, beating out Chen and other Taiwanese prestige films like Nina Wu and A Sun. The last Singaporean to win the award was Chen for Ilo Ilo.

A Land Imagined, about a police investigator who tries to uncover the truth behind the disappearance of a Chinese construction worker at a land reclamation site, also won for Best Original Film Score.

He told ST after his win: “I am so thrilled because I have watched the Golden Horse Awards since I was little and to receive this award is a great recognition for me and all those who have made this film possible.”

Teo said: “I’m very happy and I am still rather breathless at the moment! I’d like to thank my parents and brother, extended family, as well as my friends for their support for the last 15 years of my career.

“Despite winning this award, I am actually nowhere near a veteran like Sakamoto. He has a lifetime of accolades. I’m just beginning.” 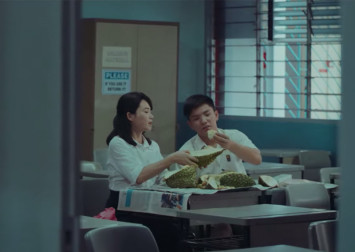 The night was dominated by Taiwanese features A Sun and horror film Detention, which picked up awards like Best Narrative Feature, Best Actor and Best Adapted Screenplay.

Chinese and most Hong Kong films were absent after Chinese authorities banned its films and stars from participating in the awards, which is often touted as the Oscars of Mandarin cinema.

China’s Golden Rooster Awards was also held on Saturday, in a seemingly deliberate move to clash with Taipei’s awards. The ban was seen as a retaliation to a speech made at the ceremony last year, where a filmmaker expressed her support for Taiwan’s independence.

This year’s awards was not free of controversy either.

Best Original Song went to The Day After Rain, from the film Detention.

The song’s composer  Lu Lu-ming said onstage to loud cheers: “I hope all the people of Hong Kong can live peacefully and freely. You must live on to have hope, so that people will remember what is happening now in the future. I hope the sun shines on you. To freedom.”