From Yishun man to Singapore man: Benz Hui to apply for citizenship 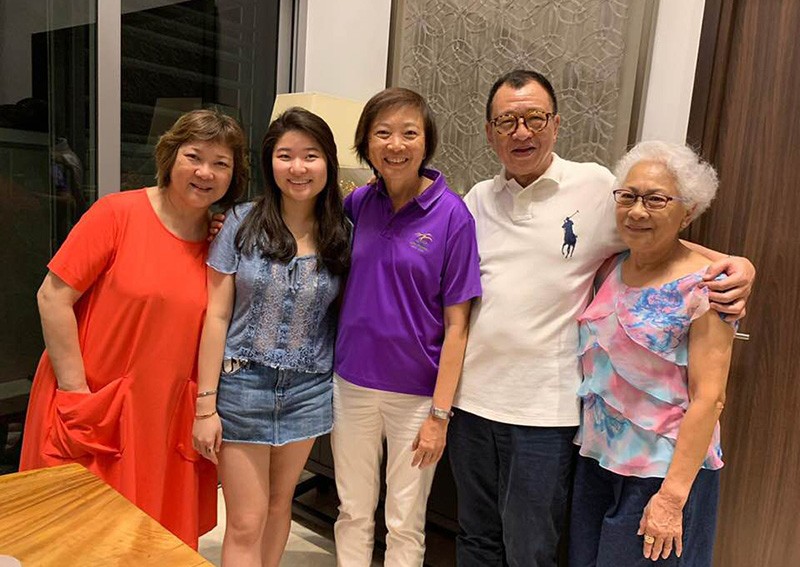 The experience of living in Yishun has not deterred Benz Hui from deciding to seek Singapore citizenship.

"Crazy," said the Hong Kong actor, when asked what he thought of the northern town's notoriety.

He said about the city-state, "It has so few bad people (low crime), it might be the safest place in the world."

Nee Soon Member of Parliament (MP) Lee Bee Wah was the first to reveal back in October that the 70-year-old resides in Yishun when he is not working in Hong Kong.

According to Shin Min, Benz met his wife in Singapore while working here in the 1980s. They married in 1992 and their daughter was born here.

Now 22, Charmaine moved back to Singapore to be together with her Singaporean boyfriend, according to Next Digital.

Although Benz mentioned in the interview that Singapore is a comfortable place to live in, he was also once quoted that the country was suitable for retirement because there was no work for him here anyway.

On that, the permanent resident clarified, "Actually it's just my occupation. How could the rest of you not be making money?"

He revealed that he was offered a role in a local drama series last year, but had to decline as it clashed with a prior job.

On Friday (June 28), MP Lee dropped by again for a party he organised. Benz praised her for being relatable and friendly.

When asked, Benz was also candid about his 4,000 sq ft bungalow, saying it cost $4 million including renovations.

He owns another property at Braddell View.

With a showbiz career spanning 47 years, Benz has appeared in numerous films and serials. He is most recently known for his role as Foon Hei Gor in the series and subsequent movie Line Walker.