Zayn Malik said on Thursday (Oct 28) that he had decided to "not contest" claims of him "striking" his former partner Gigi Hadid's mother Yolanda.

The 28-year-old singer has denied any physical contact but entered a plea of no contest - which means he does not plead guilty but is willing to accept the charges to avoid a court battle - to four counts of harassment.

According to court documents, Zayn - who has 13-month-old daughter Khai with Gigi - was at his Pennsylvania home on 29 September when he got into a huge argument with Yolanda.

Zayn has also been charged with one count of harassing Gigi, as he is said to have screamed at her to "strap on some f****** balls and defend your partner against your f****** mother in my house," during a phone call.

Following speculation about the altercation, Zayn issued a statement on Thursday, in which he said he had decided to "not contest" the claims in order to keep his life as private as possible. 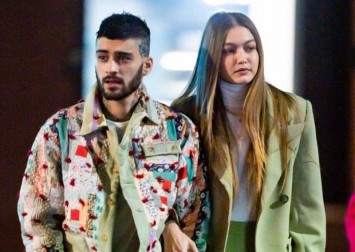 He wrote on Twitter: "As you all know I am a private person and I very much want to create a safe and private place for my daughter to grow up in. A place where private family matters aren't thrown on the world stage for all to poke and pick apart.

"In an effort to protect that space for her, I agreed to not contest claims arising from an argument I had with a family member of my partner's who entered our home while my partner was away several weeks ago."

Zayn went on to say the situation "should be a private matter", and he's determined to bring the family back to a "peaceful environment" away from the public eye.

He added: "This was and still should be a private matter but it seems for now there is divisiveness and despite my efforts to restore us to a peaceful family environment that will allow for me to co-parent my daughter in a manner in which she deserves, this has been 'leaked' to the press.

"I am hopeful though for healing for all involved with the harsh words shared and more importantly, I remain vigilant to protect Khai and give her the privacy she deserves."