Bye bye chocolate pie: McDonald's viral dessert is out of stock in Singapore and may not be coming back

It's almost deja vu. First, the Nasi Lemak burger from McDonald's Singapore was sold out in less than two weeks. Now, another crowd favourite - the chocolate pie - faces the same fate.

In less than two weeks since it was introduced, the long-awaited chocolate pie is now out of stock islandwide. McDonald's announced the news by posting a comment on their Facebook page:

The fast-food chain added that it will be offering their apple pie and red bean pie at only $1 each for a limited time period.

McDonald's explained in another comment: "As it (chocolate pie) is a promotional item, it won't be coming back anytime soon." 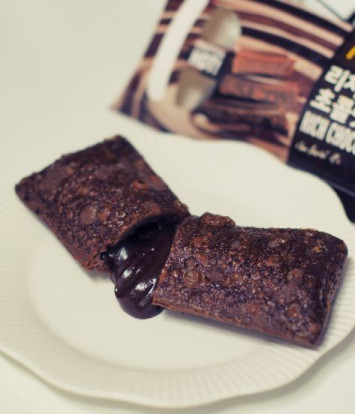 The dessert, which contains molten lava chocolate, was introduced along with other seasonal offerings like the Fish & Fries on March 1, 2018 and sold for $1.40 each.

There have been mixed reviews for the chocolate pie, which was a hit when it was launched in Japan, Korea and Thailand. While the version here is not entirely the same since the ingredients are halal, one colleague who'd tried the one in Korea said the taste is comparable. The filling is molten but doesn't achieve a lava-like flow, even though we heated it up in the microwave.

We had a taste of @mcdsg ‘s brand new Fish & Fries and Sweet Chili Fish Burger and liked the fish fillets’ flavourful and crispy batter. The item that’s got us hooked, however, is the Chocolate Pie. The chocolate filling is not too sweet and goes well with the savoury crust. Don’t forget to enjoy the pie while it’s warm and gooey inside. The new offerings will be available at all McDonald’s outlets from March 1. . . . . #whatiatetoday #sgfoodies #sgfoodporn #mcdonalds #mcdsg #fishnfries #sweetchilifishburger #chocolatepie #dessert #fishfillet #mcdonaldschocolatepie #sgeats

So will McDonald's reintroduce it again or make it permanent, just like what they did for the popular Nasi Lemak burger?

For now, fans (and those who've yet to try the viral chocolate pie) will have to make do with the $1 apple or red bean pies. Or, get your choco pie fix overseas.