McDonald's to curb antibiotic use in its beef supply

NEW YORK - McDonald's Corp said on Tuesday (Dec 11) it plans to reduce the use of antibiotics in its global beef supply, fueling projections that other restaurants will follow suit.

The move by the world's biggest fast-food chain addresses concerns that the overuse of antibiotics vital to fighting human infections in farm animals may diminish the drugs' effectiveness in people.

McDonald's becomes the biggest beef buyer to tackle the issue in cattle, potentially creating a new standard for livestock producers and threatening sales by drug companies.

McDonald's said it will measure the use of antibiotics in its 10 biggest markets, including the United States, and set targets to curb their use by the end of 2020. The markets cover 85 per cent of the company's global beef supply chain.

Medically important antibiotics cannot be used to promote growth in food animals in the supply chain or to routinely prevent disease, according to McDonald's policy.

The company does not expect the policy to raise hamburger prices, although franchisees set their own menu prices, spokeswoman Lauren Altmin said.

The Animal Health Institute, which represents pharmaceutical companies such as Merck & Co, said it supported"judicious" use of antibiotics and that drug makers are developing alternatives. 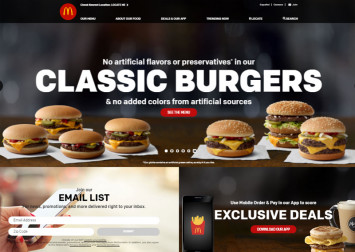 The Food and Drug Administration last year said sales and distribution of medically important antibiotics for food production fell 14 per cent from 2015 to 2016, the first decline in year-to-year sales since the agency began collecting the data in 2009. Chicken accounted for 6 per cent of the sales, while swine and cattle came in at 37 per cent and 43 per cent, respectively.

McDonald's has an outsize influence on farm practices due to its size. It previously spurred rivals to eliminate antibiotics from their chicken supplies.

Removing antibiotics from cattle is more difficult, experts said, because the animals live longer than chickens and have more chances to fall ill.

Hamburger chain Wendy's Co a year ago said it would buy about 15 per cent of its beef beginning in 2018 from producers that have pledged to reduce by 20 per cent their use of an antibiotic.

"What McDonald's is doing will hopefully start to shift the industry all together from over-using antibiotics," said Matt Wellington, antibiotics programme director for advocacy group US PIRG.