ZURICH - Nestle will launch a ruby chocolate version of its KitKat brand in Japan and South Korea this month, becoming the first consumer brand to market the new chocolate variety developed by Barry Callebaut.

The move in Japan, one of KitKat's most important markets, is part of a wider effort by the world's largest packaged food company to push its confectionery creations upmarket with special innovations.

The announcement comes two days after Nestle agreed to sell its US confectionery unit, which does not include KitKat, to Italy's Ferrero, underlining its commitment to the non-US business.

"'KITKAT Chocolatory Sublime Ruby' will be available from Friday, January 19, in time for Valentine's Day," Barry Callebaut said in a statement, adding the product would also be available online. One stick will cost 400 yen ($3.60).

Sweet and sour Ruby chocolate is here to stay

It said ruby chocolate used in KitKat "has a fresh berry-fruity taste and characteristic colour".

Ruby chocolate is made from the ruby cocoa bean. No berries, berry flavor or colour are added. 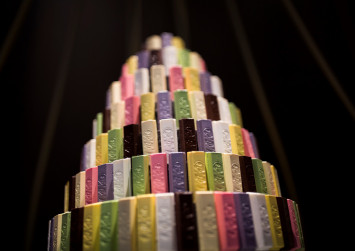 There are already hundreds of KitKat products in Japan, including green tea and strawberry flavors, and a luxury version topped with nuts and dried fruit.

Chocolate companies, under pressure by consumers' increasing health consciousness, are looking for ways to make their products more interesting.