Making putu piring, the steamed rice cake filled with melted palm sugar or gula melaka and adorned with pandan leaf, was once her parents' dream.

Then, over the years, it became hers.

Ms Aisha Hashim is responsible for keeping the legacy of the traditional Malay dessert alive at Traditional Haig Road Putu Piring, which now has four outlets.

The 36-year-old next-generation hawker and her family's stall - which was started in 1985 - are featured in the Singapore episode of Netflix's new food docuseries Street Food alongside local hawker stalwarts like Master Tang's wanton noodles, KEK Seafood's chilli crab and Sin Kee Chicken Rice.

From the creators of the acclaimed Chef's Table, the show - which premieres today - explores the rich culture of street food in Asia.

Each of the nine episodes highlights the stories of perseverance and culture that bring life to each country's cuisine.

The mother of three boys aged five, three and one told The New Paper: "I felt nervous but excited since the whole world will be watching us. I feel like I'm representing Malay culture and cuisine and that adds to the pressure."

But her passion for putu piring was something she cultivated only later in life.

In secondary school, she began researching how to bake cream puffs, igniting her interest in baking.

Dreaming of being a pastry chef, she moved to the US in 2005 to pursue a degree in pastry-making at Johnson & Wales University in Providence, Rhode Island.

But after only a year there, she received a call from her mother, who asked her to return to Singapore as they needed her help to move as the coffeeshop they were in was closing down.

She spent close to a month deliberating, and eventually gave up her studies after realising she had a bigger mission.

Upon her return, Ms Aisha helped her parents find a new location in Onan Road as their previous stall had closed.

Read Also
Having a bad day? Netflix and chill (literally) with these feel-good shows 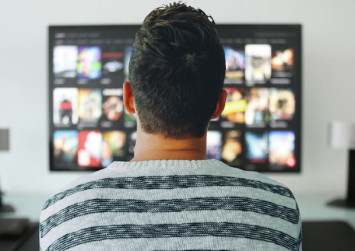 But she struggled with the labour-intensive process of making putu piring, which had not changed since the 1980s.

She said: "We had to do everything from scratch. It was exhausting and time-consuming. We couldn't save money. I felt depressed."

She and her husband, Mr Nizam Iskandar, 35, realised they had to simplify processes to keep the family business afloat.

At first, her parents were resistant to change and modernisation.

However, they were won over after Ms Aisha and Mr Nazim showed they could maintain the quality of the putu piring.

Read Also
Millennial reveals reasons he chose to be a hawker 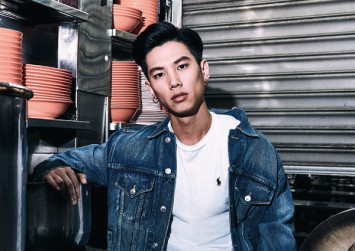 A machine was used instead of chopping the gula melaka by hand, and the time it took to steam the rice flour was reduced from 10 hours to two.

In 2009, she began expanding the business to meet the increasing demand from customers, which led to the need for a central kitchen.

She also plans to start supplying ingredients to other companies and hopes her sons will continue the legacy, saying she has already started to teach them how to make putu piring.