SINGAPORE - Fast-food chain Subway announced in a Facebook post on Friday (Aug 31) that its Singapore outlets had been officially certified halal by the Majlis Ugama Islam Singapura (Muis), the Islamic Religious Council of Singapore.

Subway Singapore also stated that starting Saturday, its outlets across Singapore would begin to display the Muis halal certificates.

"As part of the certification process, all food sold at Subway Singapore restaurants are in compliance with halal requirements," the post added.

The post received mostly positive reactions from netizens, who applauded the announcement.

On Jan 31, the Islamic Religious Council of Singapore confirmed in a tweet that the fast-food chain had "shown interest" in applying for halal certification.

That same day, Subway Singapore released a statement listing 60 of its outlets that had stopped selling pork. 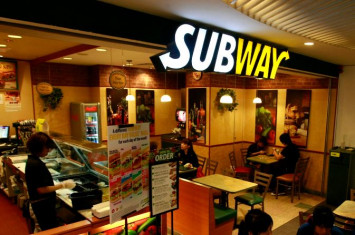 On March 21, it said in a Facebook post that it had "initiated a halal certification process" and that all its restaurants would serve only non-pork protein from that day.

At the time, the announcement was met with mixed responses. While some netizens praised the move, others questioned why the company did not simply open halal-certified branches instead of removing pork completely from the menu.

In response, Subway Singapore stated that in order for it to become halal certified, all of its restaurants must serve a halal menu, substituting all pork options with chicken or beef options.

Subway® Singapore is happy to announce that we have been officially certified Halal by the Majlis Ugama Islam Singapura...

It added: "The move to become halal certified was based on market test and our goal to serve food that is relevant to the communities we serve. We listen to our guests and often review our menu to better cater to their needs and preferences.

"We value diversity and respect all faiths and cultures and aim to offer customisable menu options that meet the unique preferences and dietary needs of all our guests."