We try bubble tea mala hotpot and bubble tea toast - guess which one's got us hooked?

What about BBT in the form of toast? Pearls and all included.

Sounds like a recipe intended for disaster? Or could it be an unexpected winning combination?

I sacrificed my stomach (and daily caloric intake) to see if dubious BBT food creations such as Mala BBT hotpot and BBT toasts will be worth your time, money and waistline. 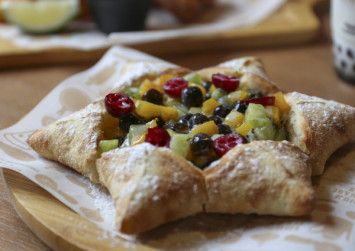 Here's my review of two creative BBT takes that don't come in a cup.

First introduced as a trial in February this year, the mala-milk tea dessert creation was reportedly so popular with patrons that it was permanently added to the menu two months later.

Available in two flavours (Chocolate Assam or Matcha), the combination goes for $39.90 and comes with an array of savoury toppings such as taro, pumpkin, mala bakwa and get this -- raw beef marinated in milk.

At Spice World Hot Pot, you start with dessert first as the server invites you to sip milk tea straight from the pot using extra long straws.

Floating atop the "soup" is a thick, creamy foam topped with pork floss and matcha powder as well as jelly orbs that pop in your mouth.

So no, there's no chewy tapioca pearls in this dish but the milk-marinated beef while tenderised, took quite a few chews to get down.

The spread we had included the Barbie Beef Wagyu and The Mermaid, both priced at $38.90, in addition to a one-metre long platter of lamb slices ($28.90).

Overall, the idea of marrying BBT and mala hotpot might sound absurd but once the sweet foam on top is scooped out and ingredients have been added in, the soup mellows out into a more palatable, diluted version of a savoury soup with milk added in.

Just think of the soup in sliced-fish noodles with evaporated milk mixed in -- albeit with a slightly sweeter aftertaste. 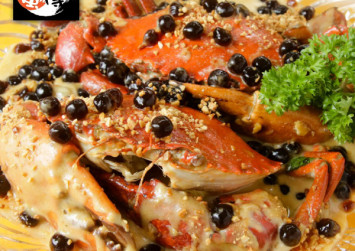 In my opinion, this is a novelty experience that I might bring a BBT-addict friend to try out, but I do not see myself ordering milk tea hotpot on the regular.

This was one lightbulb moment that definitely worked on the palate -- it convinced a unadventurous eater like me from the very first bite.

Topped with soft, squishy boba, the generously buttered thick toast slathered with a creamy milk foam was a definite treat.

At an affordable $8.80 ($6.80 student price), this unexpected food combination was a definite treat that i'll go back for -- and bring my family along too.

Without being excessively sweet, the BBT foam and pearls complemented the airy bread, and the Milo-flavoured version is a must-try for fans of the chocolate-malt drink.

Though sometimes dubious food creations need to be sent back to the drawing board, other times, they just work.

Know of any other out-of-this-world creation you want us to try? Let us know!