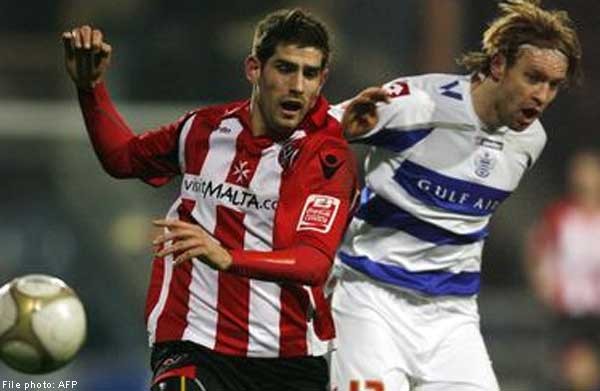 Striker Evans, a former Wales international, was released from prison in October after serving half of a five-year sentence for the rape of a 19-year-old woman at a North Wales hotel in May 2011.

He had an initial offer to train with former club Sheffield United withdrawn following local outcry and is currently without a club, but PFA chief executive Gordon Taylor said an unnamed League One side would announce proposals to offer the 26-year-old a route back into the game.

"The club are due to hold the press conference tomorrow (Monday) and I've made it clear to them that I cannot attend tomorrow," Taylor told BBC Radio 5 Live.

"Bearing in mind what happened with his release and then of course the furore that we had at Sheffield United, we feel that any club wishing to sign him needs to be 100 per cent committed to signing him for proper and legitimate football reasons."

Third-division Sheffield United allowed Evans to train with them at the request of the PFA, but there was a backlash from fans, sponsors and club patrons, while over 165,000 people signed a petition against it.

Evans came through the youth ranks at Manchester City and after a loan spell at Norwich City, he joined Sheffield United in 2009 for a fee of £3 million (US$4.6 million, 3.8 million euros).

He scored 48 goals in 113 games for Sheffield United and has made 13 appearances for Wales, scoring once.

Evans maintains his innocence, and an investigation into his conviction by Britain's Criminal Cases Review Commission is ongoing.