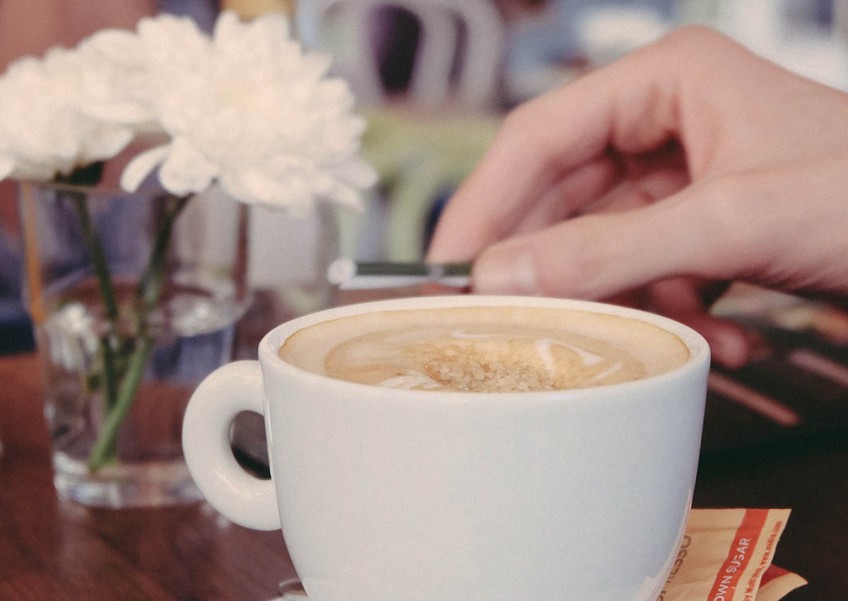 Pregnant women who drink lots of coffee and other caffeinated beverages may be more likely to have kids who are overweight than mothers who limit caffeine during pregnancy, a Norwegian study suggests.

Researchers examined data on caffeine intake for almost 51,000 mothers and weight gain for their babies during infancy. Compared with women who had less than 50 milligrams of caffeine (less than half a cup, or 4 ounces, of coffee) per day during pregnancy, those who had average intake between 50 and 199 milligrams daily (from about half a cup to two 8-ounce cups of coffee) were 15 per cent more likely to have a baby with excessive weight gain by age one year, the study found.

"The results support the current recommendations to limit caffeine intake during pregnancy to less than 200 milligrams of caffeine per day," Papadopoulou said by email.

Because the study also found a risk of excess weight in children whose mothers consumed less caffeine, the results also add to the evidence suggesting that pregnant women might want to consider avoiding coffee and soda altogether, Papadopoulou added.

"It is important that pregnant women are aware that caffeine does not come from coffee only, but that caffeinated soda drinks (e.g. cola-drinks and energy-drinks) can contribute with considerable amounts of caffeine," Papadopoulou said.

No research can definitively prove what level of caffeine is safe in pregnancy because scientists won't ethically test drugs or supplements in women when there's a potential to harm mothers or their babies.

Caffeine passes rapidly through the placenta and has been linked to an increased risk of miscarriage and restricted fetal development, previous research has found.

Some studies in animals also suggest that exposure to caffeine in the womb might contribute to excessive weight gain by altering the baby's appetite control or changing areas of the brain that play a role in regulating growth and metabolism, Papadopoulou said.

In the current study, 46 per cent of the mothers had low caffeine intake during pregnancy, at less than 50 milligrams a day, and another 44 per cent had what researchers described as average intake, of 50 to 199 milligrams daily.

Just 7 per cent of the women had high intake, at 200 to 299 milligrams, and only 3 per cent had "very high" caffeine intake of more than 300 milligrams daily, researchers report in BMJ Open.

Very high caffeine exposure was also associated with more rapid weight gain from infancy through age 8. However, the researchers only had complete height, weight and growth data through age 8 for 23 per cent of the children. For most of the kids, researchers estimated growth through age 8 based on children's development over their first 12 months of life.

Still, more than three-quarters of pregnant women report consuming some caffeine, and the study results are an important reminder to keep it under 200 milligrams a day, said Lisa Bodnar, a public health researcher at the University of Pittsburgh who wasn't involved in the study.

"Caffeine in utero may change how the brain develops," Bodnar said by email. "This is important because the brain has a strong influence over appetite."