Israeli researcher Lena Neufeld examines a 3D model of a malignant tumour, as part of a brain cancer research that uses patients' cells to make 3D printed models of tumours, at Tel Aviv University in Israel on August 17, 2021.

TEL AVIV - Researchers have used brain cancer patients' own cells in a form of 3D printing material to make a model of their tumour to test the efficacy of potential treatments before using them for real inside the body.

The scientists extract 'a chunk' of the tumour from the brain of a patient with glioblastoma - an aggressive cancer with a very poor prognosis - and use it to print a model matching their MRI scans, said Professor Ronit Satchi-Fainaro, who led the research at Tel Aviv University.

The patient's blood is then pumped through the printed tumour, made with a compound that mimics the brain, followed by a drug or therapeutic treatment.

While previous research has used such 'bioprinting' to simulate cancer environments, the Tel Aviv University researchers say they are the first to print a 'viable' tumour.

"We have about two weeks [to] test all the different therapies that we would like to evaluate [on] that specific tumour, and get back with an answer - which treatment is predicted to be the best fit," Satchi-Fainaro said.

A treatment is deemed promising if the printed tumour shrinks or if it lowers metabolic activity against control groups.

Read Also
Singaporean cancer diagnostics start-up eyes China, home to a third of the world's deaths from the disease 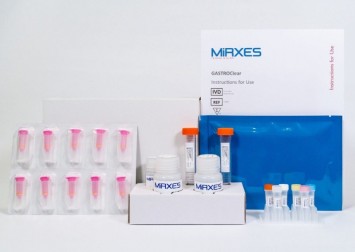 The research was published on Wednesday (Aug 18) in the journal Science Advances.

Glioblastoma is the most common form of brain cancer in adults. It spreads quickly to other parts of the brain, making it difficult to treat. Survival is around 40 per cent in the first year after diagnosis and 17 per cent in the second, according to the American Association of Neurological Surgeons.

Researchers have often 3D printed tumour models to plan for surgery, but more recent innovations have focused on bioprinting, which uses live cells as a sort of ink to build up the layers.

Ofra Benny, who leads similar research at the Hebrew University of Jerusalem, said the use of a patient's own cells to develop 3D tumour models could be "a game changer in the field of personalised medicine".

"The more physiological mimicry you create, the better prediction you get in terms of how drug treatments will work on the actual tumour in the patient's body," she said.