Parents who are very controlling when interacting with their infants may increase the likelihood that their babies tune in to angry voices, a new study shows.

When babies heard recordings of angry voices, an area of the brain involved in processing emotional vocalisations responded more sharply in infants with mothers and fathers who practiced more "directive" parenting, according to the study published in PLoS ONE.

"The take-home message from this study is that strength of a 6-month-old baby's brain response to angry voices may be shaped by early parenting experiences, namely of 'directive' parenting," said the study's lead author Dr. Chen Zhao, who was a researcher at the University of Manchester in the UK when the study was conducted.

"By 'directive' we mean it in a very specific sense, that is, the extent to which a parent tends to behave and/or comment in ways that control or restrict their baby's involvement in play or communication. In the way we measured it in our study, such behaviours can be a subtle yet consistent pattern and may or may not involve the voice," Zhao said in an email. "For example, small but repeated intrusions by holding a toy close to the baby's face or repeatedly calling for the baby's attention."

It comes down to how often people go with this type of parenting style Zhao said. "We may infer that parents who habitually use directive style (as compared to those who don't) may in everyday life also be quicker to express negative vocal emotions in order to elicit what they view as 'desired' behaviour from their baby," she added. 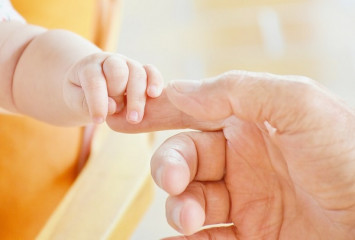 Zhao and her colleagues studied the effects of parenting in 29 mother-child pairs. Mothers and 6-month old infants were watched during play sessions and the mothers were rated on how often demands, intrusions and/or critical comments occurred. "Babies who experience what we call a directive style of parenting are likely to feel limited or restricted in what they can do, express and/or contribute to play."

Next, the researchers asked mothers to hold their babies on their laps while pre-recorded, non-speech vocalisations that were angry, happy or neutral were played.

Since MRIs are loud and intrusive, the researchers turned to another technology to peer into the babies' brains. Known as functional Near Infrared Spectroscopy, the technique measures blood flow to cortical areas of the brain. It involves a device that is "safe and portable and looks like a little cap placed on the baby's head," Zhao explained.

The research shows that baby brains react more strongly to angry voices when their parents are more "intrusive and demanding," Zhao said. Other research has shown that more sensitive parenting that is responsive to the baby's needs and interests has a positive influence on language development, but it may also have an impact on how the baby processes emotional tones, she added.

The new study is "really cool," said Dr. Nathalie Maitre, a specialist in child brain development at Nationwide Children's Hospital in Columbus, Ohio. "It's really critical that researchers start looking at the ways that babies' brains respond not just to sound, but also to the emotional envelope that surrounds that sound," Maitre said. "These researchers were able to measure in real time how these babies were perceiving angry, happy or neutral sounds - that's something that is needed in the field of developmental neuroscience in infants."

Parents shouldn't interpret this study as proving that all "directive" parenting is bad, Maitre said. Like many things, parenting style is on a continuum and there are times when directiveness is needed, she added. "Directiveness is not just about control, it's also about providing structure and direction," she explained.