China has culled more than 24,000 pigs in four provinces to stop the disease from proliferating, the FAO said in a statement. The first outbreak was reported in early August.

The latest case, the eighth since the virus was first reported in the country a month ago, was found in the city of Wuxi, the agriculture ministry said, two hours drive west of Shanghai in eastern China's Jiangsu province.

The site is about 400 km (248 miles) south of the city of Lianyungang, where authorities detected another outbreak in the eastern province.

The new outbreak killed nine pigs and infected another 12 on a farm with 97 pigs, the ministry said. 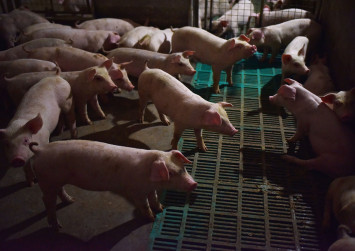 It's not clear if the disease is spreading more quickly through the world's largest hog herd or if farmers are reporting outbreaks to authorities after a publicity blitz by the ministry.

At the weekend, the government said it will shut live hog markets in the affected provinces and imposed a ban on transporting pigs and pork products from the provinces, the most drastic measure taken so far, and one set to have major repercussions across the supply chain.

The virus is transmitted by ticks and direct contact between animals, and can also travel via contaminated food, animal feed and people moving from one place to another. There is no vaccine for the disease, but it is not harmful to humans.