Children and adolescents who suffer from depression or behaviour problems may be more likely to play potentially fatal "choking games" to achieve a euphoric high than young people who don't have mental health issues, a French study suggests.

Roughly one in 10 teens and pre-teens have participated in this dangerous game at least once, researchers report in Pediatrics. The risk was more than doubled, however, for young people with symptoms of depression or conduct disorders.

This game is deadly and can attract suicidal children, said lead study author Gregory Michel, a psychology researcher at the University of Bordeaux in France.

"But this game can also attract young people who are depressed and who will use this game as a way to replace the depressive sensation with a strong sensation provoked by this game," Michel said by email. "It is a question of hiding the feeling of depression."

Choking game players typically use their hands, a belt or a tie to put pressure on the carotid artery in the neck, temporarily limiting the flow of oxygen and blood to the brain. The goal is to achieve a euphoric feeling when the flow of blood and oxygen rushes back to the brain.

It's dangerous enough in groups, but when children play alone, without others present to interrupt the asphyxiation, they face an increased risk of loss of consciousness and inability to stop strangulation when a noose, belt or other ligature is being used.

Nearly all deaths from the game occur when youngsters play alone, and some previous research has linked depression to a higher risk of trying the game without other kids around to watch or help in an emergency.

For the current study, researchers examined survey data collected from 1,771 French middle school students in 2009 and 2013.

Students with depression were 2.2 times more likely to play the choking game than students without depression, the study found.

And, youth with conduct disorders, like a tendency to break rules or behave in antisocial ways, were 2.3 times more likely to participate in the game.

While previous studies have found the game is more widespread among teen boys than girls, the current analysis didn't find any differences based on sex.

The study wasn't designed to prove whether specific psychological or behavioural health problems might cause kids to play the choking game. 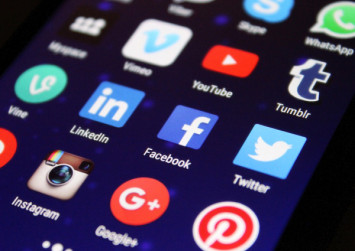 It's also not clear from the survey whether participating in the game might have caused mental health problems to develop, the study authors note.

"Teens with depression are often bored and apathetic and some may be attracted to this thrill-seeking activity," said Dr. Benjamin Shain, head of child and adolescent psychiatry at NorthShore University HealthSystem in Evanston, Illinois.

Some teens with depression might try the choking game as "a rehearsal for a suicide attempt," Shain, who wasn't involved in the study, said by email. Others might develop emotional problems as a result of brain damage caused by the choking game, Shain said.

"Presumably reduction of depressive symptoms from treatment may reduce participation in the choking game, but the current study does not address this issue," Shain added.

The choking game has been also been linked to risky health behaviours like drinking and drug abuse, noted Sarah Knipper, an adolescent health researcher at the Oregon health Authority in Portland.

"It is not a surprise that teens who are struggling with their mental health may lack the tools and supports to make healthy decisions, or may look for ways of coping that feel good but don't serve them well," Knipper, who wasn't involved in the study, said by email.

"I am not aware of any evaluation of specific medication or mental health treatment for reducing choking game participation," Knipper added. "However, we know that access to a youth-friendly mental health system including counseling/psychotherapy and behavioural support is essential for young people with depression or poor mental health."