Doctors in Australia say they have identified a second case of twins apparently created from one egg and two sperm, a boy-girl combination in whom the mother's DNA is identical in both babies but the father's DNA varies in each twin.

They're being called semi-identical twins and a new study in the New England Journal of Medicine suggests that such twins are extraordinarily rare. The only other reported case was uncovered in 2007.

Virtually all twins are either fraternal (where two eggs and two sperm have created two separate embryos) or identical (where one embryo splits in two before resuming normal development for each child).

"This is confirming there is this third type of twinning where it's not fraternal and it's not identical. It's this strange place in between," chief author Dr. Michael Terrence Gabbett of Queensland University of Technology in Brisbane told Reuters Health in a telephone interview.

Each sperm cell contains half the father's DNA. But it's not identical from sperm to sperm because each man is a mixture of the genetic material from his parents, and each time a slightly different assortment of that full DNA set gets divided to go into a sperm. 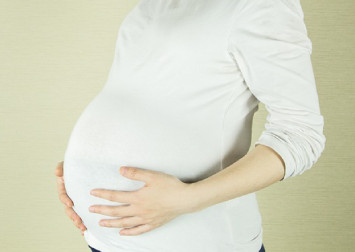 In the case of the Australian twins, who live in Brisbane and are now 4-and-a-half years old, the mother's egg was fertilised with one sperm carrying an X chromosome and one with a Y. Because an ultrasound taken early in the pregnancy showed that both foetuses shared the same placenta, doctors assumed the foetuses were identical twins.

But when an ultrasound eight weeks later revealed that one child was male and the other female, something considered impossible for identical twins, the Gabbett team knew something extraordinary had happened.

The researchers say it appears that after fertilisation, the DNA from the egg and two sperm divided, then got divvied up to create three embryos. Two of the these had enough egg DNA and sperm DNA to make viable embryos. The remaining embryo, with only sperm DNA, was not viable.

The twin boy and girl were found to have 100 per cent of their mother's DNA in common, but were only 78 per cent identical in the paternal DNA they carry.

The only other reported instance of so-called sesquizygotic twins was identified in 2007. They were brought to the attention of doctors because one had ambiguous genitalia.

To see if the phenomenon might be more common than doctors believed, the Gabbett team examined an international database of 968 fraternal twins and their parents. None showed the same pattern.

Because of the odd combination of DNA picked up from the two sperm, doctors have been concerned that the twins might be vulnerable to cancer of the reproductive organs.

"It turned out that the girl just had some changes in her ovary that people weren't comfortable with, so unfortunately she had to have her ovaries out," Gabbett said. "The boy is continuing to have his testes monitored" with ultrasound.

The girl also developed a blood clot in her arm, but that's not considered to be related to the unorthodox fertilisation.