With or without existing kidney disease, kidney function is more likely to decline over time the more severely obese a person is, a large study suggests.

Compared to adults who are merely overweight, people with the most severe obesity are twice as likely to develop impaired kidney function, the analysis found. People who aren't quite as obese have an 18 to 69 per cent higher risk of developing reduced kidney function.

This extra weight can activate the body's sympathetic nervous system, or "fight or flight" response, which releases hormones that can increase sodium retention and raise blood pressure, Chang said by email. This also makes it harder for the body to remove extra sugars from the blood, leading to diabetes.

All of these things are bad for the kidneys, and inflammation related to obesity and excessive belly fat can also impair kidney function, Chang said.

"First, excess weight increases the sympathetic nervous system activity and hormones that result in increased sodium retention and higher blood pressure," Chang said. "Second, excess weight impairs the body's ability to move glucose from the blood into cells, and can lead to diabetes." Abnormal levels of hormones and inflammation related to belly fat may also adversely affect the kidney, he said.

"Although this study does not directly address the prevention, reversal or slowing of kidney disease, managing risk factors like high blood pressure, diabetes, and high cholesterol are important," Chang advised. "For individuals with obesity, weight loss can reverse these metabolic abnormalities and may help reduce future risk of kidney disease."

Globally, 1.9 billion adults are overweight or obese, according to the World Health Organisation. Roughly 4 in 10 adults are overweight, and more than 1 in 10 are obese, a condition that, in addition to kidney problems, can also increase the risk of heart disease, diabetes, joint disorders and certain cancers.

For the current analysis, researchers examined data collected from 1970 to 2017 on more than 5.4 million adults in 40 different countries in Asia, Europe, the Middle East and North America. They also looked at data from more than 84,000 people at high risk for cardiovascular diseases and more than 19,000 adults with chronic kidney disease. On average, individuals were followed for about 8 years, and researchers tracked which people had tests showing a reduction in their kidney function during that period. 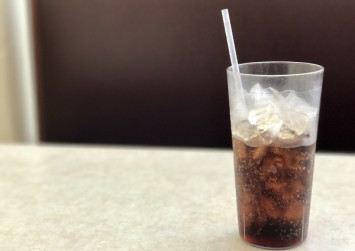 To understand the impact of obesity on kidney function, researchers focused on body mass index (BMI), a ratio of weight to height.

A BMI between 18.5 and 24.9 is considered a healthy weight, while 25 to 29.9 is overweight, 30 or above is obese and 40 or higher is what's known as severely or morbidly obese. (The US National Heart, Lung and Blood Institute has an online BMI calculator here: bit.ly/1D0ZqDv).

The study compared the odds of kidney function decline in people with varying degrees of overweight and obesity.

One limitation of the study is that researchers only looked at BMI at one point in time, the study authors note in The BMJ. It's also unclear if obesity directly caused kidney problems, or if other factors like inactivity or an unhealthy diet might have played a role.

"Poor diet, eating a lot of processed foods and lack of exercise can definitely contribute to both obesity and kidney damage," said Dr. Michal Melamed of Albert Einstein College of Medicine and Montefiore Medical Center in New York City.

"These may be the underlying cause of the association between obesity and kidney damage, that people who are obese have other lifestyle habits that can contribute to kidney damage," Melamed, who wasn't involved in the study, said by email. "But, importantly, lifestyle factors can be changed."