The statistics about hepatocellular carcinoma (HCC), the most common type of primary liver cancer, are troubling.

Eighty per cent of all the cases in the world occur in Asia, and it has come to be known as an "Asian disease".

HCC is the third most common cause of cancer death in men, after colorectal cancer and lung cancer.

And men are four times more likely to get it than women.

But perhaps the most concerning aspect of HCC is that it is the top cause of cancer deaths among men in their 40s and 50s. 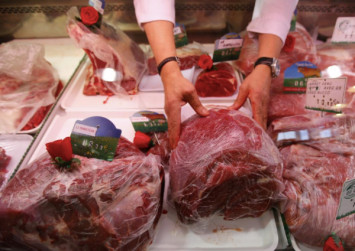 Experts still do not fully understand why this is so, said Dr Choo Su Pin, the Chair of the Clinical Trials Steering Committee at the National Cancer Centre Singapore, and adjunct Associate Professor at both the SingHealth Duke-NUS Oncology Academic Clinic Programme at Duke-NUS Graduate Medical School and the Department of Medicine at National University of Singapore's Yong Loo Lin School of Medicine.

She told The New Paper: "Some say it may be related to having had chronic viral hepatitis B since infancy, but more research is needed."

Worse, the prognosis for HCC upon diagnosis is very poor, with many patients dying within 12 months.

As such, starting from 2018, many health authorities in Asia, including Singapore, Korea and Japan, have fast-tracked the approval of Regorafenib, the first and only second-line drug for late-stage liver cancer.

WHY IS THIS TYPE OF CANCER SO DEADLY?

HCCs are often diagnosed late as symptoms often appear only when the disease is in the more advanced stages.

As people do not show signs of illness such as fever, pain or swelling in the early stages, very often HCC is picked up only by chance when patients are being treated and examined for something else.

Also till recently, we had very few effective treatment options for advanced HCC.

WHY DO 80 PER CENT OF HCC CASES OCCUR IN ASIA?

The high incidence in Asia is due to the prevalence of chronic viral hepatitis, mainly chronic hepatitis B.

When we can reduce the hepatitis infection rates, especially hepatitis B, we start to see a decline in the number of HCC cases. The most effective way to do that is by vaccinating babies. Singapore introduced vaccination for babies in the 1980s and the benefits are already becoming apparent.

It will take another generation or even two to really get it under control but already we are seeing fewer cases of HCC in people under 40.

Unfortunately, we are now seeing an increase in cases related to lifestyle, such as non-alcoholic fatty liver disease and non-alcoholic steatohepatitis, due to more overweight and obese people.

WHAT CAN PEOPLE DO TO REDUCE THEIR CHANCES OF GETTING HCC?

Compulsory vaccination at birth against hepatitis B is the first, most important step, then it is largely a matter of lifestyle choices and hygiene after that. 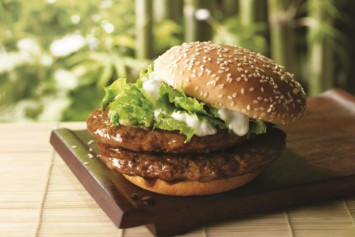 WHY ARE REGULAR SCREENINGS IMPORTANT FOR HIGH-RISK GROUPS?

The earlier HCC is detected, the better the prognosis. High-risk groups include those with known hepatitis B or C, known chronic cirrhosis (liver damage) or fatty liver disease.

They should attend regular screenings - every year or two for those under 40, annually or every six months for those 40 and above.

WHAT ARE THE TREATMENT OPTIONS FOR EARLY STAGE TO LATE STAGE HCC?

If detected early, we can perform a resection, usually a partial hepatectomy, to remove the tumour. If successful, the survival rate beyond five years is more than 40 per cent.

Sometimes a liver transplant is recommended as it removes the cancer and the underlying diseased liver - five-year survival after transplant can go up to 70 per cent.

Unfortunately, most patients are not suitable for surgical treatments as many are not diagnosed until the cancer is quite advanced.

This is when multi-kinase oral-targeted therapies like Regorafenib have been proven to prolong patients' survival.