Healthy older adults who have been obese for years may be at higher risk of developing dementia than their peers who aren't overweight, research from the UK suggests.

The study team followed two groups of dementia-free adults aged 65 to 74 years for up to 15 years. One group, considered healthy, included 257,523 non-smokers who didn't have cancer, heart failure or multiple chronic health problems; another group of 161,927 adults, deemed unhealthy, did smoke or have serious chronic medical issues.

Over the first decade of the study, healthy people who were obese or overweight were less likely to develop dementia than healthy people at a normal weight, the study found. But after that, obesity was associated with a 17 per cent higher risk of dementia and being heavier no longer appeared to be protective.

"When we looked long-term, being obese was definitely associated with increased risks of dementia," said senior study author David Melzer of the University of Exeter in the UK. 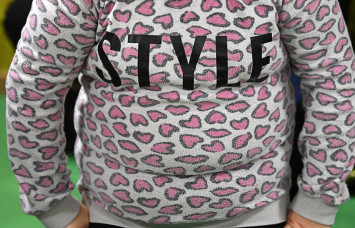 People with obesity often have other health problems like diabetes and high blood pressure that can independently increase the risk of dementia, previous research has found. But results regarding the connection between obesity and dementia have been mixed, with some previous studies suggesting that this excess weight might actually be protective.

In the current study, 9,774 people in the "healthy" group were diagnosed with dementia. Slightly more than half of the dementia patients had lost at least 2.5 kilograms (5.5 pounds) during the decade prior to their diagnosis.

Weight loss prior to the dementia diagnosis might mask the connection between obesity and cognitive decline, Melzer said by email.

Alzheimer's disease, the main cause of dementia, can develop slowly over up to 20 years before people get diagnosed, Melzer noted.

"The same is true of damage to the arteries in the brain, which also contributes to dementia," Melzer said. "This slow development of dementia makes it difficult to separate real risk factors from the effects of the disease."

"In general, losing weight, being more physically active, and getting blood pressures and cholesterol levels under control should make a big difference for dementia risk, plus risks of diabetes and heart disease," Melzer said.

The study wasn't designed to prove whether or how obesity might directly cause dementia in later years. Another limitation is that researchers lacked data to examine the connection between obesity and specific forms of dementia like Alzheimer's disease, the authors note in Age and Ageing.

In a separate study in the same journal, researchers led by Alexander Allen of the London School of Hygiene and Tropical Medicine also examined the connection between overweight and dementia, and also cast doubt on the idea that obesity is protective.

The researchers analysed the link between excess belly fat in middle age and the risk of death from dementia over the next 40 years in about 19,000 male civil servants participating in a long-term health study.

While that may appear to suggest a protective effect of extra weight, in fact, the strongest connection, between weight loss over time and an eventual dementia diagnosis, points to the symptoms of developing dementia contributing to the weight loss, Allen and colleagues write.

"These effects may reflect changes in appetite or other aspects of behaviour that result in reduced energy intake," they note. "Thus, claims from previous studies that underweight increases the risk of dementia may be an artefact of the effects of reverse causality."

"Regular weight checks could provide an easily measured marker for risk of frailty and subsequent detection of dementia," Allen and colleagues write. "Whether this could allow early interventions to improve dementia outcomes could also merit further investigation."